The Hyundai Motor Company is a South Korean automobile manufacturer which was established in 1967 and is headquartered in Seoul, South Korea. Together with its subsidiary Kia, Hyundai is the world’s fifth largest automobile manufacturer. Hyundai has always been on the sidelines but has recently come into the limelight due to their uniquely styled and affordable cars. Of course, everyone has heard of pickups and compact trucks like the Toyota Tacoma, Honda Ridgeline, and the GMC Canyon but did you know that Hyundai is on the verge of building one as well? For years, there were rumors that Hyundai would introduce a pickup for the U.S. market but it never materialized. However, in 2015 at the Detroit Motor Show, Hyundai unveiled their first pickup truck, the Santa Cruz, calling it a ‘crossover truck concept’. Let’s have a brief look at what the 2017 Hyundai Santa Cruz has to offer, which is currently a concept vehicle. 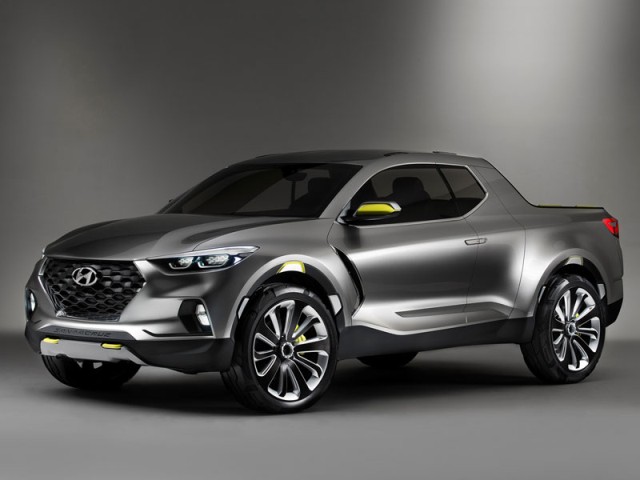 The 2017 Hyundai Santa Cruz has been designed to resemble like a car, something like a crossover between a sedan and an SUV; it has a sleek, futuristic, and a sporty look and it seems as if the rear end of the hood has been chopped off. The vehicle has a unibody structure and a compact nature. Unlike a traditional four-door cabin configuration, the Santa Cruz has a two door extended cabin configuration with the doors being rear-hinged. Being a crossover, it has the capacity to transport five people at a time. The pickup bed is much smaller than a regular pickup, but it can be extended up to a length of about five feet. A nifty feature that has been incorporated in the vehicle is that the entire bed can slide out like a drawer.

The manufacturers have been successful in installing the rear axle of the vehicle in the correct place, unlike other pickups where the rear axle is located between the pickup bed and the cabin. The front of the vehicle has a large grille that is hexagonal in shape surrounded by furrowed projection headlamps and thorough shaped nacelles for the LED fog lamps. The pickup bed is lined with plastic to prevent dents and scratches during off-road travel.

The interior of the 2017 Hyundai Santa Cruz is spacious and has a luxurious feel, equipped with all the modern amenities. Inside, there are two backs doors for the exit and entry and there is a tonal cover that can be locked for transporting bulky or smelly items. The rear seats of the crossover are sliding to allow for more leg room or storage capacity. However being a concept car, there is little information available about the interior. 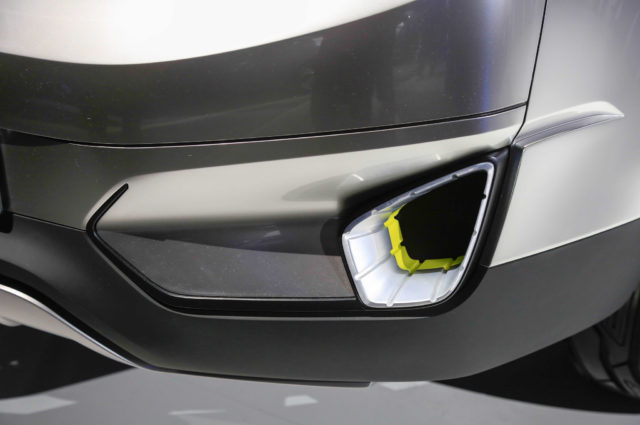 The 2017 Hyundai Santa Cruz features a turbocharged 4-cylinder 2.0-liter diesel engine that can produce up to 190 hp and 470 Newton-meter of torque. According to Hyundai, the vehicle will be able to accelerate from 0 to 60 mph in under 8.2 seconds and will be a front-wheel drive, with an all-wheel drive option. The top speed of the crossover will be around 115 mph. There are air vents located near the fenders to cool down the engine.

The crossover has oversized Brembo brake calipers as well. The manufacturer claims that the Santa Cruz will be fuel efficient, being able to achieve about 30 miles per gallon on the highway. 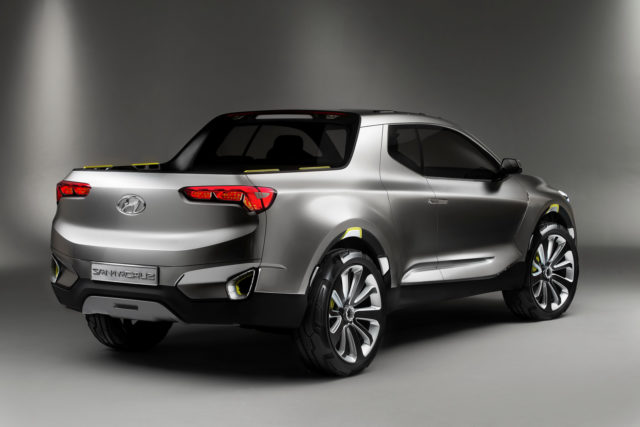 2017 Hyundai Santa Cruz – When will it hit the Market?

Since the 2017 Hyundai Santa Cruz is a pickup truck concept, there is little information on the price. However, it is expected to cost somewhere in the mid of US$20k for the base version and the price can go as high as US$40,000 for the higher end trim level.

Hyundai has made no official announcement as to when the crossover will enter production but it is expected that the 2017 Hyundai Santa Cruz will be available before the end of 2017.