Toyota Motor Company is famous for producing not only sedans but also pickup trucks. More than one million pickups trucks of various different companies are sold every year in the United States. The pickups produced by Toyota are not only popular in the US, but also all around the world. Large numbers of Toyota’s pickups were used in the Libya-Chad war. This does not mean that these pickups are a war vehicle. Toyota has many pickup brands but the one that is popular in North America is the Tacoma. The Toyota Motor Corporation launched its new and updated version of Toyota Tacoma for sale in August 2016. Here is a detailed review of the 2017 Toyota Tacoma that’ll help you decide whether this pickup truck is right for your needs or not. 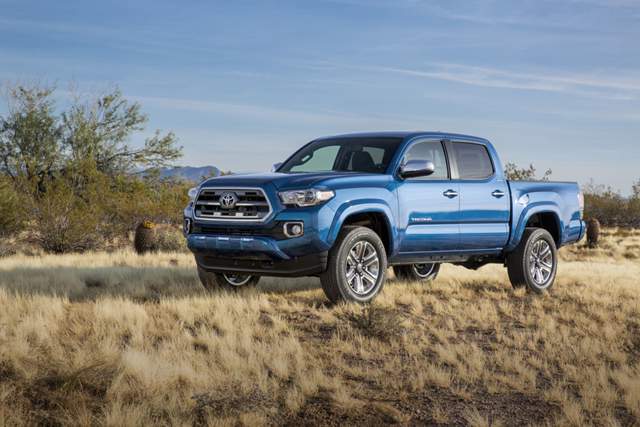 The Toyota Tacoma 2016 version of the vehicle has got many notable changes in the interior cabin. In the 2017 version, it is said that only a few changes have been made. The 2017 Toyota Tacoma has an inbuilt Entune Infotainment System that also supports Bluetooth connectivity. Chrome has been used on the dashboard and on the air vents. The 2017 Toyota Tacoma has leather upholstery and a 4.2 inches touch screen display. Also, this pickup features a dual-zone climate control system so that no matter whether you are driving this pickup in Sahara or in Norway, you can always control the temperature of the car’s cabin using this technology. Some safety features present in Tacoma are blind spot warning system, traction control system, lane departure warning, forward collision warning and vehicle stability control.

The outer body of Tacoma is muscular that gives the vehicle a sturdy look. The LED fog lights manufactured by Rigid Industries® have been mounted on the front bumper of the pickup which provides increased visibility to the driver when driving in harsh environments at night. This pickup also has a high ground clearance that makes it easy for the driver to drive even in snowy weather. Tacoma is laden on 21 inches wide tires that provide a good grip on the road and even on snow. The Hill Start Assist Control technology included in 2017 Tacoma prevents the pickup from rolling backward when you shift your foot from brake pedal to the gas.

The 2017 Toyota Tacoma is available for purchase in the following nine colors: 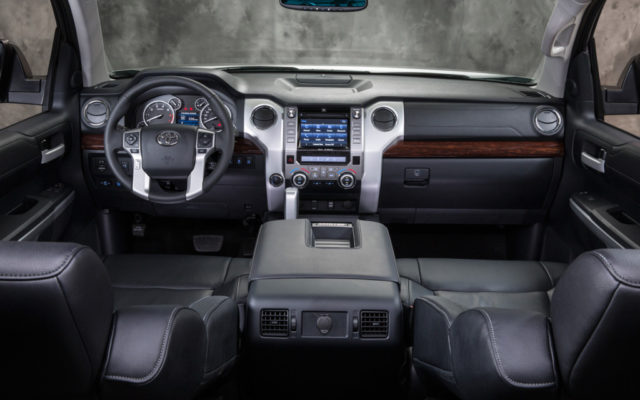 Under the hood of Tacoma is a 3.5-liter V-6 engine that has the capability to produce 265 lb-ft of torque and 278 hp of energy. Furthermore, this engine of Tacoma is mated with a six-speed manual or automatic transmission system that sends power to all the wheels. The 2017 Toyota Tacoma has improved suspension and now it can even more to absorb as much shock as possible. This gives the vehicle a smooth drive even when driving on off-road terrain.

This vehicle can attain a maximum speed of 113 mph and can accelerate from 0 to 60 mph in just 7.9 seconds. It is made from lightweight materials. This enhance its speed and also increases the fuel efficiency of the vehicle. The towing capacity of 2017 Toyota Tacoma is around 6,800 pounds and has a total curb weight of 3,980 pounds. 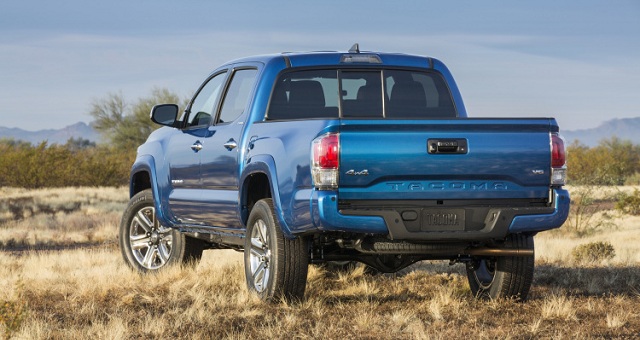 Finally, the starting price of 2017 Toyota Tacoma is $24,600. The price of the most advanced version of Tacoma which is TRD Pro is around $42,000. Considering the features, drive and fuel efficiency, we believe that Tacoma provides a good value for your money. This new 2017 Toyota Tacoma is released in August 2016.

The pickup truck market segment in the US is a red ocean and Tacoma will also be competing with other brands of pickups in this ferocious red ocean as well. Following are some pickup brands with whom Toyota Tacoma is competing.

Any other rumors or information related to 2017 Toyota Tacoma released by the company will be posted regularly on our website. Keep visiting the website to get more information.