The model 2019 Ford Ranger Raptor is finally here with us after a long wait. The Ranger pickup has been away from the market for almost seven years now after the manufacturer stopped its production in 2011. It is now apparent that the Dearborn-based automaker is working on the new model.

The truck will likely make its debut at the 2018 Detroit Auto Show. Consumers will, however, have some waiting to do for the Raptor version as it may not debut at the same time with the non-Raptor versions. Its absence has enabled its competitors like Toyota and General Motors to dominate the pickup truck market. 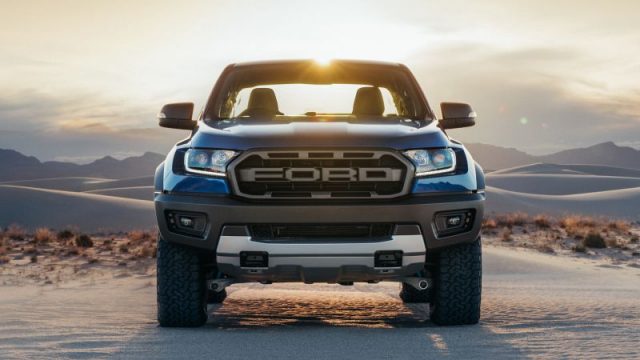 The new Ford Ranger Raptor is based on the current T6 platform, also seen on global Ranger Truck. According to the test mule spotted during a road test, the truck has been redesigned to appear more aggressive, bearing much resemblance to its big brother, F-150 Raptor. The front appears tougher with a new aluminum hood featuring dual bulges, wide fenders, frame-mounted steel bumper and model specific grilles. Expect front quarter badges on the sides, front bumper, thick skid plate and tow hook all derived from F-150 Raptor.

The rear end features aluminum tailgate to enhance the truck’s aerodynamics and high-mounted handle. The front bumper has been shaved to help in raising the truck’s chin higher over potential obstacles on the road. The 2019 Ford Ranger Raptor will ride on 33-inch tall beefy off-road tires, with 17-inch in diameter. The body is great with strong and lightweight materials, that enhancing its aerodynamic power.

No one has had a glimpse of what is inside the 2019 Ford Ranger. We are however expecting a new steering wheel and Ford’s sync 3 infotainment system featuring an 8-inch touchscreen. The new infotainment system now comes with Android Auto, Apple CarPlay, and Amazon Alexa integration. 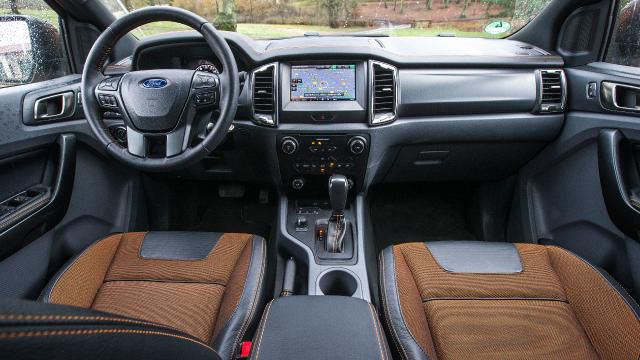 It is not yet apparent the engine options that Ford has lined for the forthcoming 2019 Ford Ranger Raptor. If Ford opts for a mini Raptor, perhaps it will go for the powerful 2.7-liter twin-turbocharged EcoBoost V-6 engine that is powering larger F-150. It makes 325 horsepower and 375 lb-ft of torque.

However, if the automaker goes fora rock crawler, then expect a less powerful V-6 or a 4-cylinder diesel power plant. Both powertrains will feature in the broader U.S pickup truck lineup with much emphasis on a low rpm torque delivery. Ford will likely offer both all-wheel and rear-wheel configurations while transmissions options 6-speed or 8-speed automatic transmissions. 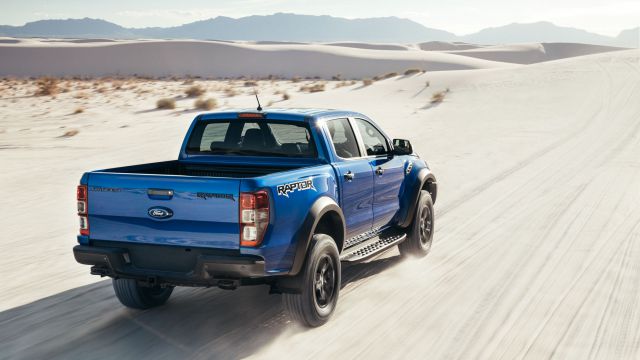 The midsize pickup is being developed for the North American market and will be joining larger F-150 Raptor for the off-road drive at the fall of this year or early 2019. It is almost impossible to nail down the price of the 2019 Ford Ranger Raptor but we guess that the starting price should be around $42,000.

It will be competing against the likes of Toyota Tacoma, GMC Canyon, and also a Chevrolet Colorado.