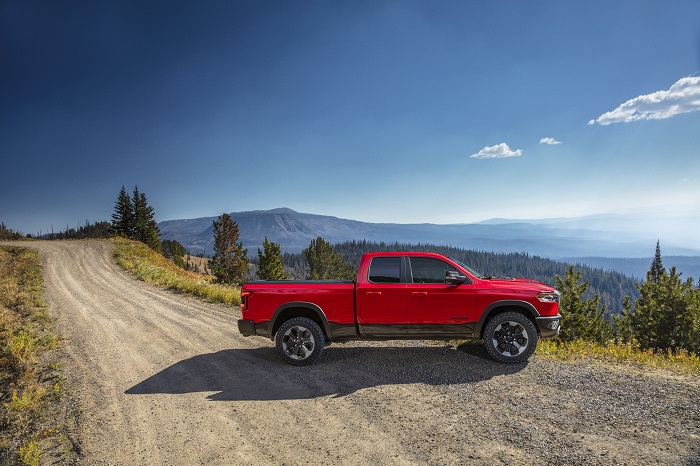 Today we will try to answer one of the biggest questions regarding the RAM and Dodge trucks. Dakota became a famous truck, although it is not in the market for more than ten years. But, we found some topics where fans are asking if the nameplate is going to return. We will analyze this possibility and options for the 2021 Dodge RAM Dakota comeback.

FCA is holding rights for both nameplates. RAM is successfully fighting in the full-size and heavy-duty segments against Ford and GM models. Well, the Ram 1500 even sells better than Silverado at this moment. So, there is a swing for new projects.

On the other hand, the company recently launched a mid-size Jeep Gladiator, so there is a doubt if the FCA needs more models in the same segment. Still, it is not impossible to happen. We can see GM twins in truck class, and FCA is doing the same in the mid-size SUV tier with Dodge Durango and Jeep Grand Cherokee. So, it is possible to see the 2021 Dodge RAM Dakota alongside Gladiator, and even as the full-size sibling to Ram 1500. 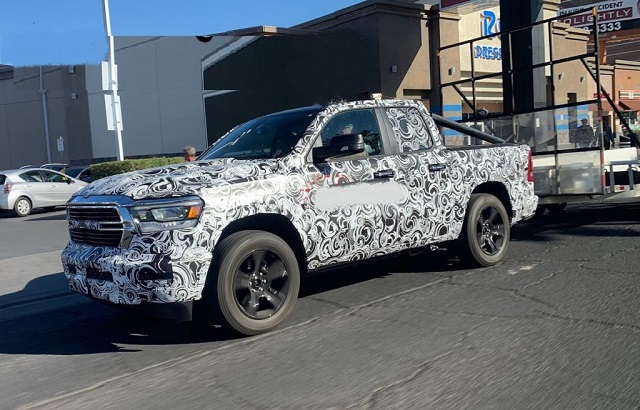 The sales of the Dakota truck were pretty nice in its first generation. The company had big plans, but the economic crisis hit the automotive market stronger than the current COVID-19 pandemic. A lot of vehicles were discontinued, and slow sales caused the withdraw of the truck’s production. After ten years, we can see it back.

Returns are popular nowadays. We saw Ranger rejoining Ford’s squad last year. Also, bringing back old nameplates seems to be more frequent, with several examples in the SUV segment. Dakota has a wide core of fans and this move will definitely lure them.

Still, there are some downsides as well. Those who didn’t fancy the truck, won’t give it another chance, so the new nameplate could be a better solution. Also, FCA delivered the new mid-size pickup last year. Jeep Gladiator didn’t build a reputation yet, so it would be too early to make the competition within the company. Finally, the mid-size market is not as big as the half-tone trucks. So, the company can’t expect huge sales from a limited number of buyers.

The 2021 Dodge RAM Dakota will have to change. However, the old-school design must bring back memories. A new language should modernize the look and improve the efficiency. Gladiator is the Wrangler truck. So, Dakota has a chance to become a traditional model with a standard look. We can say that pickup is going to be a smaller version of the Ram 1500, which achieves record sales.

The mid-size model will offer two- and four-door cabin and seating capacity for two or five persons. The versatility is a key since this held off the threat from the SUV attack. On the other hand, practicality is the priority and the truck must offer advanced technologies to make the towing easier.

There are a few options for the engine room. Looking at other mid-size models, we can see the pattern. Most truckmakers are using a four-cylinder unit as the base solution. Such pickups are not capable, but their price is much more affordable. FCA would use a 2.4-liter four-pot engine, so-called Tigershark. With 200 ponies and a towing capacity of 5,000 pounds, it will be capable enough for the entry-level offer.

The main unit is going to be a 3.6-liter Pentastar V6. With 300 hp and a towing capacity of 7,000 pounds, the 2021 Dodge RAM Dakota can respond to outputs of class-leading trucks. The same unit is being used by Jeep Gladiator. Nevertheless, unlike the seven-slot grille model, engineers won’t carry over a huge turbodiesel unit. This is one of the biggest critics regarding the Gladiator. The truck is using the same oil burner as full-size models.

Ram is not just keeping pace with archrivals in the US, Ford, and General Motors. The carmaker even beats them in some innovations. Rebel TRX is a new truck with a monster output – 707 horsepower. Also, FCA brought a diesel engine to the half-tone segment at the same time as F-150 and Silverado 1500. Now, we expect big things for the 2021 Dodge RAM Dakota, which should build up the reputation and make it a competitor right from the start. If the hybrid engine happens, that would put the company a step ahead of the rivals, which are still trying to figure out how to respond to the TRX model.

With all pros and cons mentioned, we can’t estimate when will the 2021 Dodge RAM Dakota be available. There are a lot of factors that will decide the future of the truck. The new Dakota might debut next season, at least as the concept. But, production will probably start in 2022, since the star of the upcoming season will be Rebel TRX and FCA wants it under the spotlight.