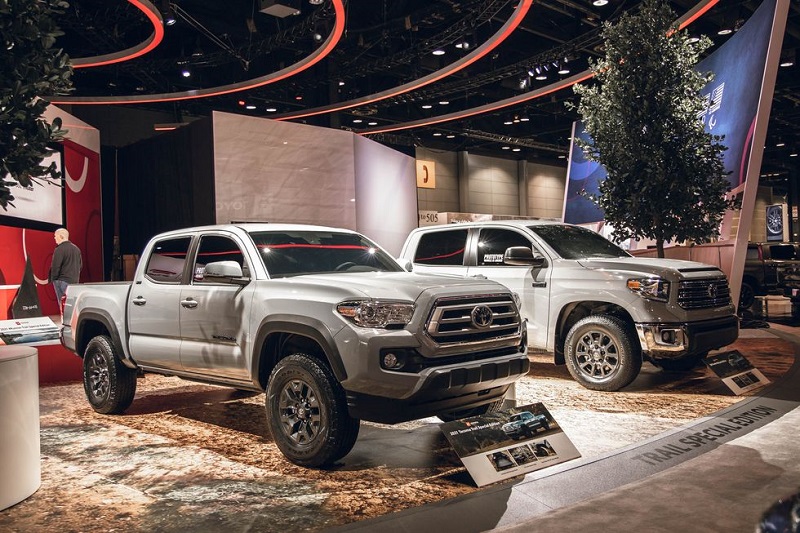 The 2021 Toyota Tacoma is not going to be redesigned. The truck will enter the new generation soon and the Japanese carmaker will just refresh the pickup. The upcoming lineup is getting the reinforcement – the Tacoma Trail model. That is the biggest thing the carmaker showed to fans at the latest Chicago Auto Show. Nevertheless, some models presented at this event are already canceled for next season because of the COVID-19 outburst. However, Toyota is not rescheduling the arrival of updates for the mid-size truck.

Even before coronavirus slowed down things in the industry, we knew that Toyota is not planning to join a bandwagon of diesel engines. The company denied all the rumors. We believe a hybrid model is being developed. Still, Toyota is not confirming that.

Tacoma truck will remain one of the best units in the class, offering power, safety, and convenience. The vehicle is good for working but also commuting. If the hybrid engine happens, the 2021 Toyota Tacoma will become even more attractive, cementing its place as the best truck in the market. 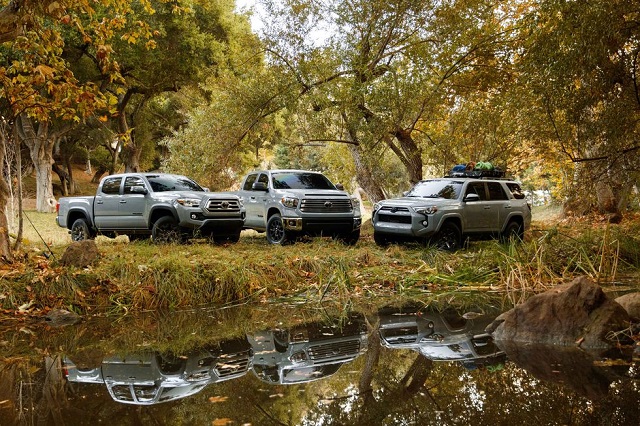 The base drivetrain for the 2021 Toyota Tacoma remains a four-cylinder unit. A 2.7-liter displacement is producing 160 hp and 180 lb-ft for the entry version. Well, most truckmakers offer a similar configuration for their mid-size pickups, although truckers are keener to purchase a more capable unit. Besides the lower starting price, you won’t save a lot with this four-banger, since it returns the same gas mileage as its bigger sibling.

Tacoma is way more popular with a V6 under the hood. A 3.5-liter displacement is the most reliable unit in the class. The most important vehicles are carrying this powerplant, including Highlander SUV, and Lexus RX premium model. For the pickup truck, the power output is downgraded to 278 hp and 265 lb-ft of torque. Manual and automatic transmissions are available and the Tacoma with a V6 can tow 7,000 pounds.

For many years, fans are expecting the diesel version of the pickup. However, all we saw is a disappointment. Chevrolet Colorado was the only such truck in the market until this year when Jeep Gladiator EcoDiesel debuted. Meanwhile, the carmaker wrote off the chances of the Tundra Diesel. On the other hand, the 2021 Toyota Tacoma is still an option. There are a lot of pros and cons, problems, and benefits. The investment would be huge, either to develop a new unit or to tune one of the existing motors from Hilux truck. Eventually, diesel engines will become history because of gas emissions.

So, greener engines are the safe bet, which means the 2021 Toyota Tacoma Hybrid is more likely to happen. The Japanese company is one of the leaders in this segment. They were the first to reach 40 mpg in the compact crossover segment, and now the mid-size Highlander SUV can go 35 mpg. Well, the company sacrificed power (80 hp) to achieve this number. A truck with 240 hp would still be able to tow, at the same time returning much better fuel economy. Still, the question is if the Tacoma hybrid can meet expectations of truckers and their hauling requirements and needs. 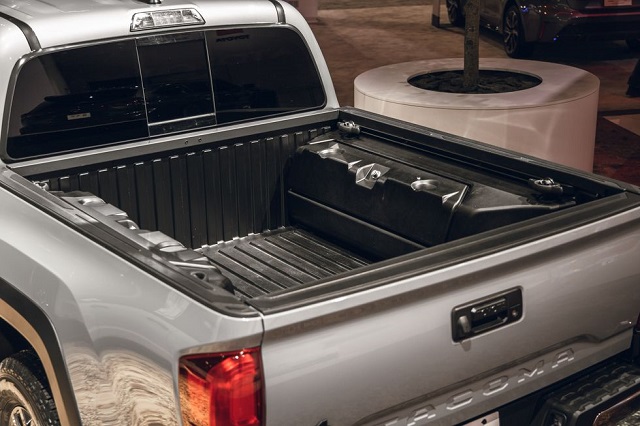 The biggest change for the new season is the introduction of the 2021 Toyota Tacoma Trail Edition. Like the TRD Pro, this package will be available for 4Runner SUV and Tundra truck. Again, this bundle will bring unique upgrades for off-road adventures. All three vehicles are adding lockable bed storage to protect cargo from tumbling, dirt, and getting wet. Special cosmetic updates will also improve styling. Black badges and special wheels will be easy to recognize. Not only the exterior but also the interior is coming refreshed. The Tacoma Trail comes with black upholstery and tan stitches. Four new colors are in the palette, including the Army Green we already saw for the TRD Pro model. Other paintjobs are: Cement, Midnight Black, and Super White. A cooler is also part of this package.

Trail Edition is cool and refreshing, but the 2021 Toyota Tacoma TRD Pro is still top of the lineup trim. With all the upgrades, the truck is the meanest vehicle for an off-road drive. Chevy Colorado ZR2 is one of the rare pickups that can compete with TRD Pro capabilities.

Special FOX shock is improving driving impression and comfort. Also, the truck is lifted, so it can go over higher obstacles. Anyway, there are skid plates to protect the underbody. 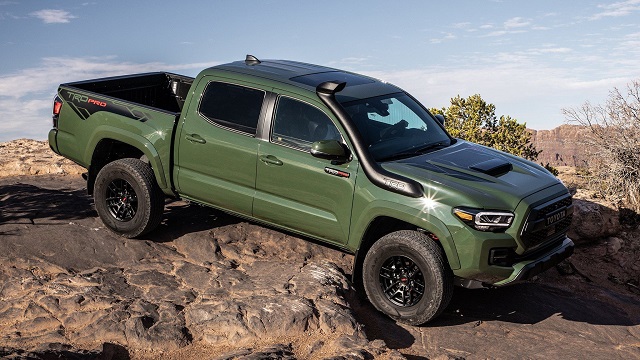 The new 2021 Toyota Tacoma will debut later this summer. The slowdown will be used for the development of the next-gen truck, which was supposed to debut in 2023. Now, with enough time for upgrades, Toyota might bring the next version of the pickup truck earlier than it was initially planned.