The final redesign before the truck hits the new generation is expected next season. Well, things slowed down because of the COVID-19 pandemic, but people in Toyota are working hard to meet the deadlines. The pickup is losing the pace with class leaders, which are now available with diesel engines. The Japanese company wrote off this kind of a drivetrain, saying the focus is on the greener drivetrains. Well, the 2021 Toyota Tundra is not going to be hybrid, but a new engine is possible.

Besides the mechanical upgrades, we expect a few more changes on the truck. The truck will get a fresh look with minor updates around the body. Dimensions and capabilities will remain the same, including trim levels. For a while we can hear that the TRD Pro package might get a serious update and it is actually since the Sequoia SUV joined the lineup. Whatsoever, we will have to wait until next year to see the 2021 Toyota Tundra in its full shine.

The hottest topic about the Japanese carmaker is their new I-Force Max engine. Soon after the first appearance when the company filed for this brand, its specs leaked. Well, nothing is carved in stone yet, but we can expect rumors to come true. For some while, experts predict this is going to happen. Tundra is a mean truck, but with only one engine option. Other companies are also offering V6 units. On the other hand, Toyota is replacing the V6 with the I-Force Max. The V6 is not going to be only an entry-level powerplant, but the main source of power.

According to sources, the new engine is going to produce more than 400 horsepower. Ford F-150 can get 450 ponies from its turbocharged V6. Currently, a V8 is capable to deliver 380 horsepower and 400 lb-ft of torque. The main question is what is going to happen with the towing capacity. The existing engine can haul 10,200 pounds, properly equipped. Towing capacity is the priority for engineers.

Well, if the company wanted to go after exceptional hauling capabilities, they would install the diesel unit under the hood. However, Toyota ended all the speculations by saying “NO” to such drivetrain. So, not in 2021, nor after that, we won’t see a diesel unit. This is a big disappointment for all the fans waiting for this engine to appear. For several years we are listening to rumors about it. Even these skeptical fans thought it was time when other full-size trucks got their diesel configurations. However, Toyota will have to find another way to compete against Chevy Silverado, Ram 1500, and Ford F-150.

The solution could be the 2021 Toyota Tundra Hybrid. However, like for the I-Force Max, the main question is the towing capacity. At this point, hybrid setups can improve fuel economy numbers, but models with such engines are not the best haulers. Still, even with the reduced hauling potential, the mileage and emission improvements are going to cover this loss. 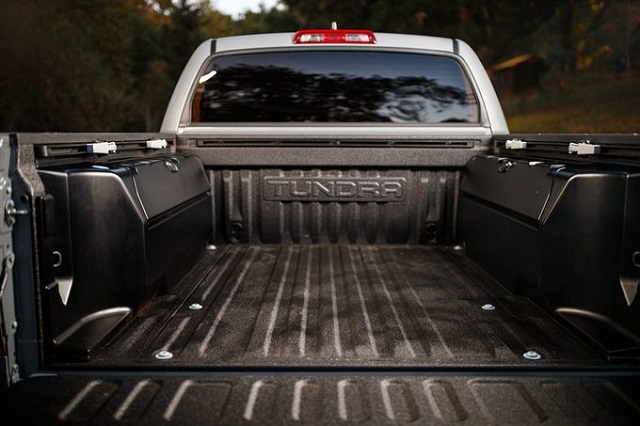 The best thing about the Tundra truck is the TRD Pro trim level. Introduced five years ago, it made the pickup one of the best workers in tough road and weather conditions. Special shocks and suspension are going to take you away from any situation. Skid plates will protect the body and the truck is also offering off-road tires. The same V8 engine powers this version, while the 4×4 is standard.

The new season might bring updates to this package. We are still trying to figure out what could be new, but any improvement will make Tundra even better on any kind of terrain.

The completely new Tundra will arrive in 2023. The I-Force Max engine is not going to wait for so long to appear. According to the schedule of new arrivals, Tundra and 4Runner SUV are the first vehicles that will enter the new generation, but it is happening in 2023. After them, fans will see Highlander, Land Cruiser, and Sequoia. In the end, the company will launch the new Tacoma truck. 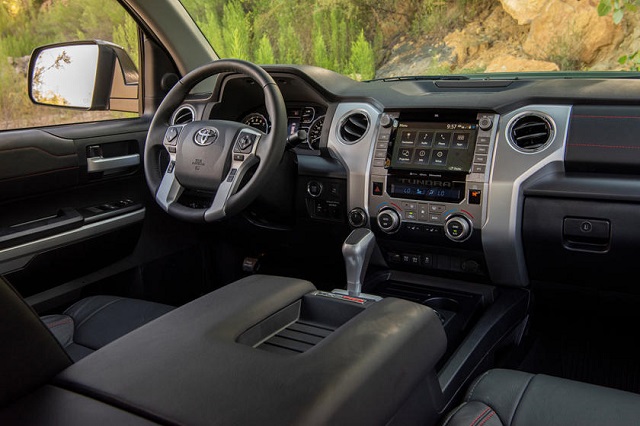 The redesign will push the starting price of the new truck a bit higher. If you want to save some money, it is not late to purchase the 2020 YM for $33,500. The upcoming pickup will have the MSRP closer to $35,000. The company will keep all the trim levels. The SR5 and Limited models are the mid-range offer. TRD Pro, after upgrades, will cost more than $50,000. If you are after luxury, rather than utility, then the Platinum is a better choice. For the same price, you will get leather upholstery, navigation, premium audio, and compatibility with all the modern smartphone integration services.