The 2022 Nissan Frontier Pro-4X will go on sale alongside the standard model this summer. This off-road version would have more advanced features, better bodywork, and a more futuristic front end. With both of these enhancements, the truck would undoubtedly become more attractive and more modern. The Frontier is one of Nissan’s best-selling models and its revenue figures increase year after year.

The approaching model will be no different, for sure. Similarly, the truck’s interior could be more modern, with a sleeker design and more features than the regular model. Under the hood, Frontier Pro-4X hides a potent V6 engine with the best-in-segment figures. 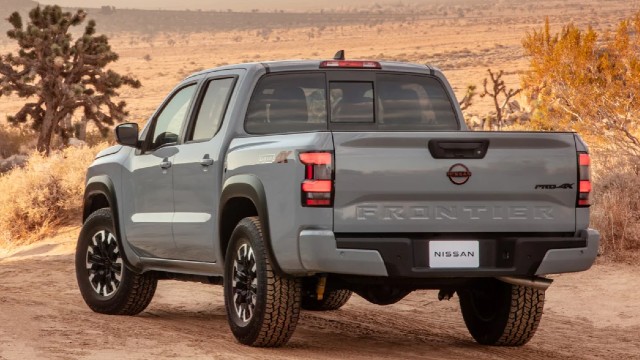 The 2022 Nissan Frontier Pro-4X looks fantastic and is more upright than the two-wheel-drive Pro-X version. The new Pro-4X, in particular, has an electronic-locking rear differential, which gives extra traction in poor weather and road conditions.

It also has three underbody skid plates and slightly more ground clearance than the previous one. Nissan will also deliver new and unique exterior accents, orange Nissan badges, and other enhancements. Overall, the design is handsome and wilder, with the Pro-4X seeming to be more appealing than the standard or Pro-X models. 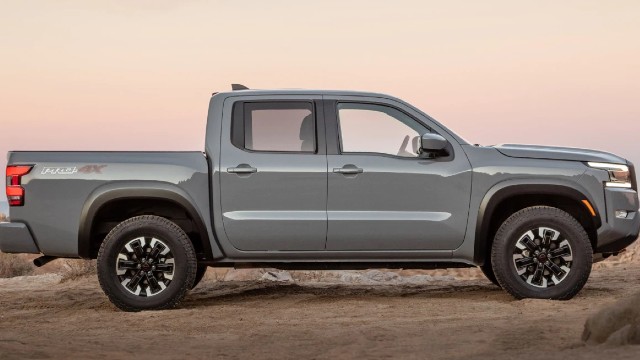 The interior of the 2022 Nissan Frontier Pro-4X will be very similar to that of the Pro-X series. In general, both models are modern, with a very spacious cabin for five occupants. In comparison to the regular pickup truck, the Pro-4X gets the Value package or kit. Among the highlights are wireless mobile charging, and Wi-Fi hotspot.

The twin 110-volt 400-watt power outlets (one in the bed), and a Fender premium sound system are also available. Both trucks can be ordered with either vinyl or leather seats. The Pro-4X will add more equipment and some interesting off-road driving modes. One example is an impressive around-view monitoring system. 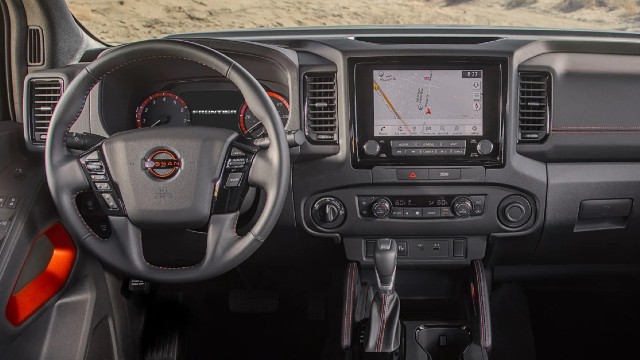 Potent V6 Engine With Over 300 Horsepower

The upcoming 2022 Nissan Frontier Pro-4X is powered by the same engine as the regular Frontier. It’s a 3.8-liter V-6 engine with 310 hp that’s been around for a while. Furthermore, this engine produces up to 281 lb-ft of torque. Potent V6 gasoline powertrain is also available with a nine-speed automatic transmission. You can choose between the standard rear-wheel drive or an optional four-wheel drive.

In general, the most recent tests revealed that the Pro-4X did not outperform the standard one. According to reports, the Pro-4X will use more petrol, but we will have to wait for Nissan to release more details. Anyway, if you are looking for a better off-road variant, Pro-4X is the best one that Nissan has to offer.

Numerous reports say that all Frontier models will be available this summer. New 2022 Nissan Frontier Pro-4X starts at $40,000, which is about $12,000 more than the base model. The Chevy Colorado, Jeep Gladiator, and GMC Canyon are the Frontier pickup’s chief rivals.