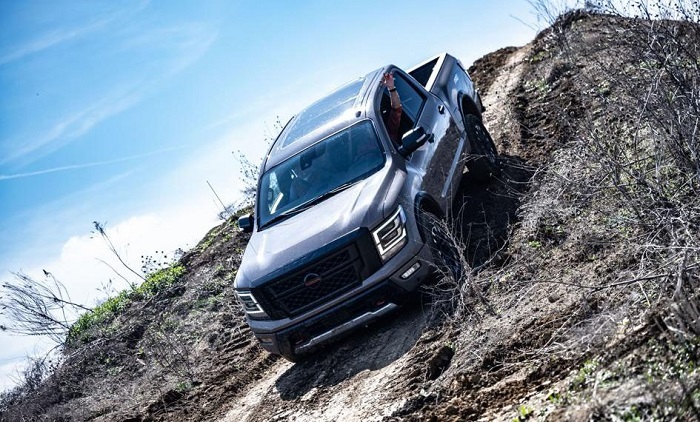 Nissan is not giving up on the full-size Titan yet. The slowest-selling pickup in the segment might get the injection with the new edition. The 2022 Nissan Titan redesign is now certain, since the company completed the updated of its smaller sibling, Frontier. The pickup is going to be more aggressive. The interior is also getting new technologies and features. On the other hand, under the hood, the offer stays the same. A V8 is the best the truckmaker can do. For now, no hybrid, no diesel, and no performance Nismo version.

Although the info is not official, it seems like Nissan is not going to proceed with the Warrior concept for the new Titan. Well, this was an interesting prototype for the XD version. It could be a rival to Ford Raptor and Toyota TRD Pro. But, fans are still hoping the 2022 Nissan Titan Warrior could show up, since Navara mid-size non-US truck used some of the solutions from the platform. For now, designers are focused on the interior and exterior. Nissan is going to update the entire lineup in next few seasons. The evolution started already and Titan should be one of the top priorities. 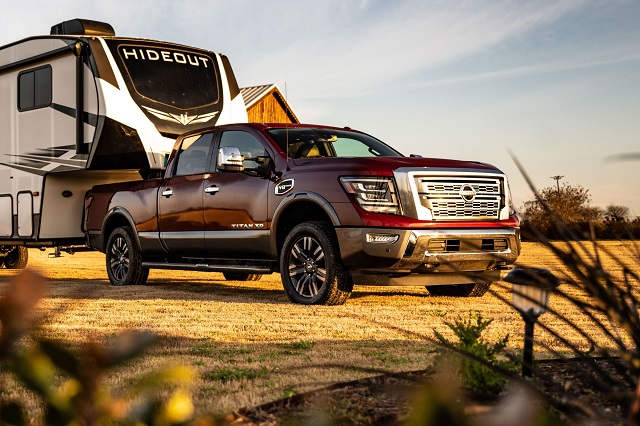 The last update for 2020 season brought new numbers on the specs sheet. The 2022 Nissan Titan is still going to use the same configuration, with a 5.6-liter V8 engine as the center of the system. The drivetrain now produces 400 hp and 413 lb-ft of torque. That is more than all other pickups using a V8 as the base unit. GM steps up with a 6.2-liter powerplant to beat this output. Another important moment for the Titan happened last year. Engineers decided to replace an old 7-speed gearbox, with an all-new 9-pace transmission. The entire system now works smoother than ever. Premium fuel is recommended for the maximum performance. You can tow up to 9,660 pounds. A 4×2 drive is standard and returns 16/22 mpg. The gas mileage drops a bit to 15/21 mpg if the 4×4 is selected.

US companies are already exploiting the diesel market. All the leading truckmakers in the United States recently launched their half-ton pickups with oil-burners. Toyota gave up on Tundra diesel. It seems the Nissan is on the same way. The Titan XD was a model positioned somewhere between the full-size and a heavy-duty class. It used a 5.0-liter turbodiesel, which was dropped last year. We don’t see it coming back any time soon. On the other hand, the Japanese truckmaker could develop a new turbo-six powerplant. In this case, the 2022 Nissan Titan Diesel could be a rival to Ram 1500, Ford F-150, GMC Sierra 1500, and Chevy Silverado 1500. 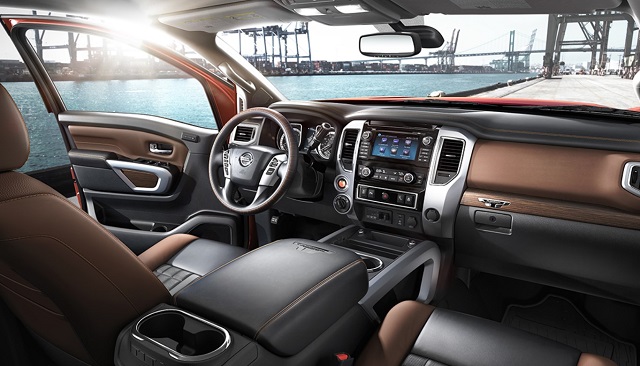 The abovementioned Titan XD truck was the carrier of the futuristic Warrior concept. The truck wore a big shield with off-road upgrades that could make it the Raptor competitor. Nevertheless, the prototype is all we got, since the truck never entered production. Fans are still keen to see it, but the latest insider reports say the company has abandoned this idea. On the other hand, some other recently redesigned models are showing signs of the Warrior concept.

Even without it, the truck will have an off-road specialist. That is the 2022 Nissan Titan Pro-4X. The company and its trucks are sometimes left out from the conversation about the best all-terrain pickup. Most truckers give an advantage to Ford Raptor and Toyota Tundra TRD Pro. But, the Pro-4X package brings similar upgrades, making the truck more capable of driving in tough weather and terrain. Special shocks and suspension, skidplates, and bedliner are highlights of the Titan Pro-4X. 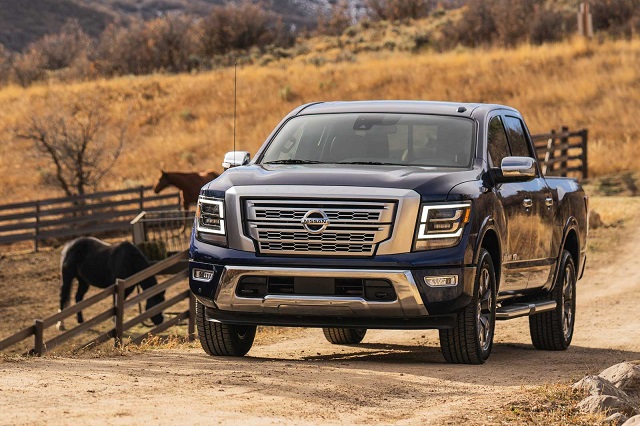 The release date of the 2022 Nissan Titan depends on its redesign. The styling is one of the biggest downsides of the full-size truck. The model is older than most rivals. To stay competitive, Nissan will have to update the look and interior of the pickup. For now, there are no details about the development. It means the production and sales won’t start any time soon. This might happen late in 2021. It leaves more space to designers and engineers to tune the Titan perfectly. The price will go up a bit. King Cab versions will start around $37,000, while you can add $2,000 and get a more comfortable Crew Cab. Pro-4X is the most expensive upgrade and this version is going to start over $50,000. For now, Nissan is not planning the premium package with advanced technologies and fancy features.