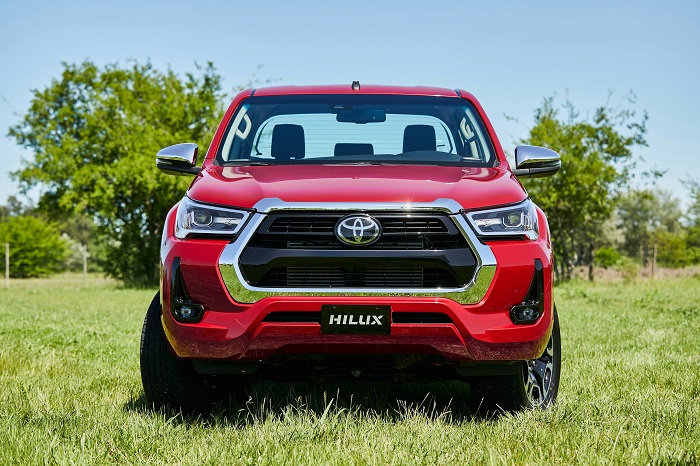 The new version of the most popular pickup in the world, Toyota Hilux, will feature a powerful 2.8-liter engine and a new suspension system. This is a good start of a mission – to continue supporting the legendary reputation for quality, durability and reliability. One of the test drivers in 2020 was the F1 champion, Fernando Alonso. He was thrilled to test the prototype. The new engine debuted at the Dakar rally. The new truck will arrive as the 2022 Toyota HiLux and the company is still developing details that could make the pickup more interesting to buyers.

The facelift is going to draw attention, especially of fans already owning the truck. The 2022 HiLux is bringing a fresh look. We can guess that looking at the spy photos of test mules. Heavy camo is hiding details but unveils a general plan of the redesign. The front and rear end are wearing a lot of covers, which means the biggest changes are coming in these areas. With a new setup under the hood, the 2022 Toyota HiLux is going to cement its place as the best-selling truck in the world. The competition is tough. However, magazines all over the world report about the new version. The pickup is popular in Australia, South and Central America, Europe, the Middle East, and Africa. 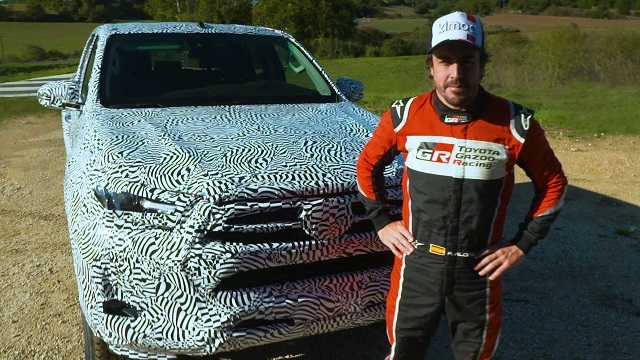 The new HiLux was planned for this season, but the Japanese company had to slow down works on the truck because of the COVID-19 outburst. Well, the situation is not bright, but things are getting back to normal, not only in our lives but also in the automotive industry. Early in 2021, we are getting reports that Toyota is continuing the development. The 2022 Toyota HiLux is close to production, but there is a lot more to be done before we see it in dealerships.

Spy photos from 2020 are showing us that big changes are happening under covers hiding the front fascia. From Australian magazine Motoring, we are getting interesting images, which could be leaked shots of the new 2022 Toyota HiLux. These are showing a more aggressive front with huge updates of hood, grille, headlights, and bumper. A bold move by the Japanese truckmaker should result in better sales. Still, the most important upgrade lays under the hood. 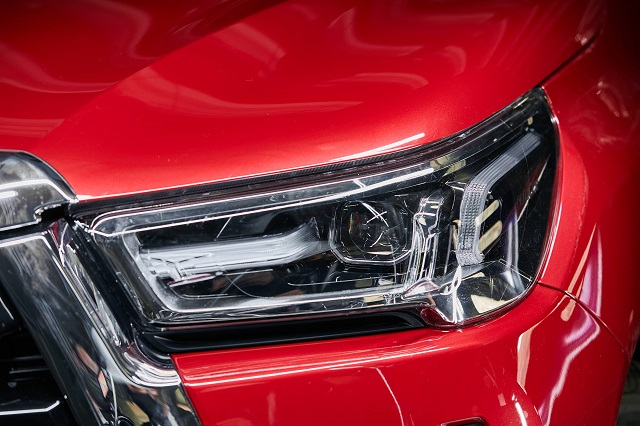 A 2.8-liter turbocharged D-4D engine is becoming the new favorite unit of the 2022 Toyota HiLux fans. The powertrain ran a series of tests last year and it seemed to be ready for the debut on the 2021 YM. Nevertheless, the coronavirus spoiled the schedule and now we have to wait a little bit longer than it was initially expected. But, the diesel unit is going to impress truckers with 200 hp and 370 lb-ft of torque. Some experts even see this one as the next upgrade for the American Tacoma. It will make the pickup competitive to the Chevy Colorado. An automatic transmission is the best choice since a manual gearbox is going to harm the twisting power, reducing it to 310 lb-ft. We still don’t have precise details about towing capacity, but the new HiLux is going to offer around 3,500 kg of hauling potential.

Besides the new unit, the truck is also going to offer old oil-burners and petrol drivetrains. Plus, we can hear rumors that a hybrid pickup is now in the mix. Engineers don’t have an easy task, but this is the rumor which exists for a couple of years. Toyota already offers a mid-size SUV with a hybrid setup and the next step is bringing the same configuration to the truck class. Tacoma and HiLux fans are waiting for news eagerly, but no official statement has been made.

Latest news about Tacoma could be found HERE. 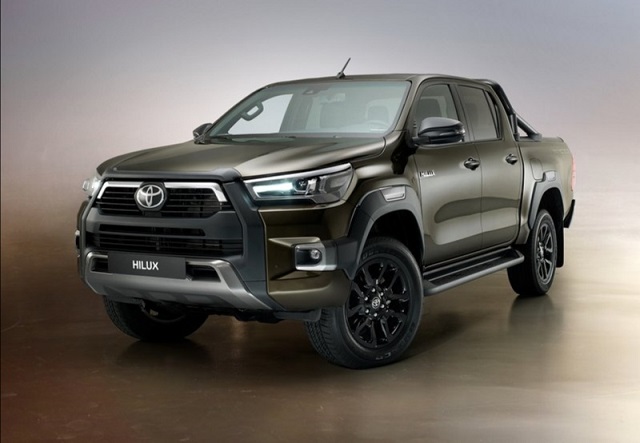 What Else is New?

After the facelift, we can expect a few more special editions for the 2022 Toyota HiLux. Buyers in Australia already have off-road specialists. Rugged, Rugged X and Rogue packages are part of the lineup since 2018. Even Tacoma borrowed some solutions from these models, such as snorkel. The TRD branch is also preparing upgrades for both models in 2022.

Base colors will be Super White, Silver, Gray and Attitude Black. Depending on regions, Toyota is offering more paintjobs. We know these will be available in some markets next season: Oxide Bronze, Crimson Spark Red, Nebula Blue, Dark Blue and Orange. If you are willing to pay extra, there are premium colors: Emotional Red and While Pearl.

The new 2022 Toyota HiLux could be launched pretty early in 2021. However, the release date depends on how fast engineers and designers finish the work on the facelift. Anyway, the sales won’t start before summer. Buyers can also expect a price bump thanks to the changes coming on the 2022 HiLux.