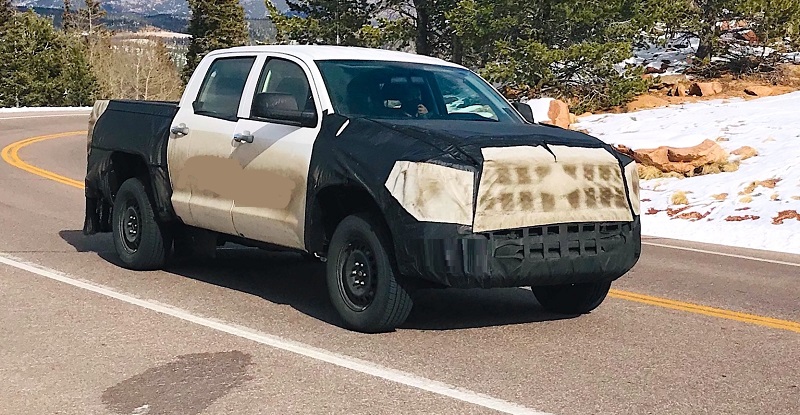 Despite that the 2022 Toyota Tundra Diesel doesn’t seem as likely as it was a couple of years ago, we are still getting reports about this version. Simply, all trucks from the Big Three have their oil-burner versions so, logically, we would expect the same from Tundra as well. However, Toyota has always been a little bit different in terms of truck design and while there was definitely a chance to see this model with a Cummins engine in the past, this doesn’t seem likely today.

Instead, the Japanese manufacturer will stick with common gasoline options, while the biggest deal should be a new hybrid version. This would be something completely new and knowing Toyota’s reputation in terms of hybrid technology, there is no doubt that the new system would be respectable and comparable with diesel in every aspect, and even better in some. The all-new Tundra is expected in the last quarter of the next year. 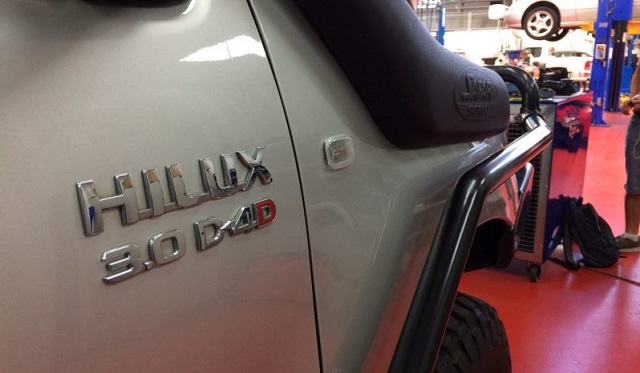 Despite the rumors about the 2022 Toyota Tundra Diesel, this probably won’t happen. Interestingly, the new truck won’t come with the current V8 in the offer either. Instead, the Japanese manufacturer will focus on six-cylinder engines. More precisely, we expect that the main choice for most drivers will be a 3.4-liter V6 from Lexus LS500, which puts out around 414 horsepower. This already sounds like a respectable amount of power, but we count some boost for this occasion as well. Of course, the engine would be paired with the new 10-speed automatic transmission.

Various reports are also suggesting something cheaper and less powerful for base models. That could easily be a familiar 3.5-liter V6 from Tacoma, though a power increase would definitely be required for this occasion.

Finally, there is the hybrid version. The details are still unavailable but it looks like the new system will be based on a twin-turbo V6, which would get big help from electric motors. According to our reliable sources, the new system would be good for about 450 horsepower and 500+ pound-feet of torque. Those are pretty amazing numbers, which would provide respectable towing capacity, along with fuel economy that’s on par or better than any diesel engine on the market. Furthermore, some sources suggest more than 30 mpg in a combined ride. 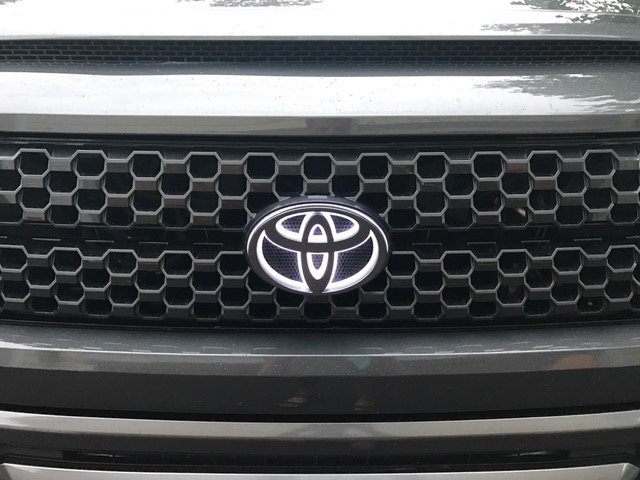 The 2022 Toyota Tundra may not happen, but the next year will certainly bring a lot of novelties. The redesign is coming after full 13 years and there is no doubt that the changes will be significant. One of the first things we should mention is a completely new platform. The company has developed a BoF version of the new TNGA architecture, which has been codenamed TNGA-F and which will be underprinting the entire BoF lineup in the future. The chassis will be lighter and more rigid, while we also count on notably improved driving characteristics, both in terms of comfort and driving characteristics.

Naturally, we also count on completely new styling. Still, the latest reports suggest we won’t see some significant changes but rather an evolution of the current model. The overall size and proportions should remain the same.

On the other side, changes on the inside will be significant. The current model definitely looks outdated, which isn’t a surprise given the model’s age. Materials are lower-grade compared to rivals, while aesthetics aren’t particularly attractive, not to mention the lack of modern tech features. Therefore, the new model will come with significant upgrades. We count on finer materials, more attractive aesthetics and better sound insulation. Furthermore, we count on loads of new tech features, including a completely new infotainment system, which will run on a large 12-inch screen.

The new 2022 Toyota Tundra is about to arrive sometime in the last quarter of 2021. Base models should go around 35.000 dollars. Key competitors will be models like GMC Sierra, Nissan Titan etc.

All-New Land Cruiser On the Way!

The next year will be particularly amazing for truck lovers and lovers of truck-based SUVs. Besides the complete redesign of the full-size truck, we are also about to see an all-new Land Cruiser. While the model’s future in North America is still uncertain, we know for sure it will carry on in the rest of the world. This refers to both the V8 model and the smaller Prado model, which is currently known as the GX in North America.

The upcoming redesign is about to bring a lot of novelties. Of curse, this SUV will also ride on a new TNGA-F platform but we don’t expect a significant increase in terms of wheelbase and overall dimensions. Simply, Toyota will keep this model a genuine off-roader. What’s interesting about the 2022 Land Cruiser is that we count on a completely new powertrain palette. Just like in the new Tundra, the current V8 will be replaced with a twin-turbo V6 from Lexus, while we count on a hybrid variant as well. On the other side, the new Prado will certainly carry on with a recently-updated turbodiesel, though we count on some form of electrification as well.

The all-new 2022 Toyota Land Cruiser should arrive sometime in the next year. Meanwhile, some markets offer Namib Edition.