The 2023 Ford F-150 Raptor R is officially happening. Following the release of the 2021 Ford F-150 Raptor, the “R” variant is the next stage in the evolution of this famous pickup truck. To begin, the Raptor R will have a more aggressive style, a slew of special features, and exceptional performance. The goal is to compete with the current segment leader, the Ram Rebel TRX, which has 707 horsepower under the hood.

Ford can boost performance even more by using a supercharged V8 from the Mustang Shelby GT500 variant. The new Raptor R, according to numerous reports, will not be street legal. That, however, is not logical for a variety of reasons. The sales will begin later next year and here’s everything you need to know. 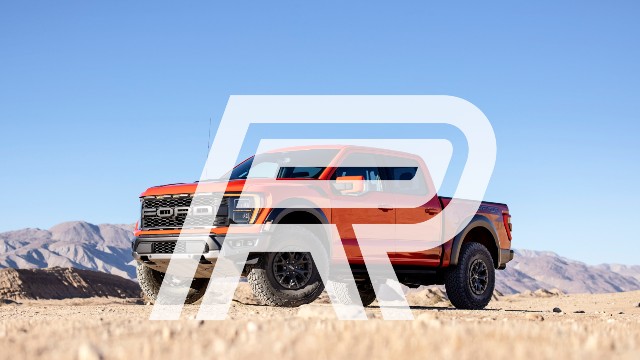 The upcoming 2023 Ford F-150 Raptor R is already known to be a more aggressive version. There are several drawings available, but no official word on how the model will be designed in the future. Some reports, on the other hand, imply new body-colored external features, red hooks, and much more. A letterbox over the front grille, for example, will be available to improve airflow for the supercharged V8 engine.

The design language will stay the same, but the Raptor R will appear sportier and it will have a wilder character. New exterior colors, wheels, and mechanical upgrades are on the way, for sure. The Raptor R is also reported to have 13.1 inches of ground clearance. The Ram Rebel TRX, on the other hand, has 11.8 inches. Anyway, expect an even more aggressive approach than on the regular Raptor, especially in terms of styling. 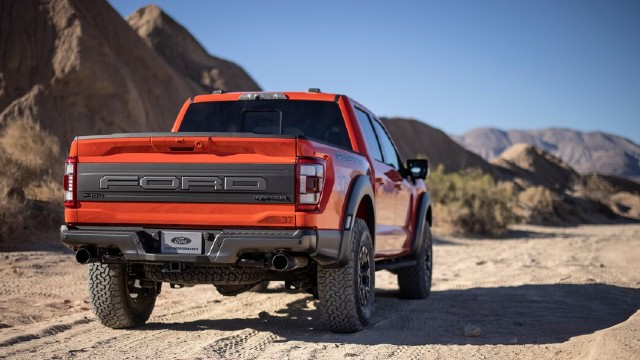 The new 2023 Ford F-150 Raptor R will be the top-of-the-line trim level, with greater comfort and standard amenities. As a result, the cabin would be quite modern and premium. Of course, because the emphasis is on sportiness, Ford will use Recaro seats with contrast stitching and a lot of carbon-fiber treatment. The Raptor R will also have an all-digital cluster with a larger infotainment touchscreen.

The dashboard would be fresh and futuristic, resulting in an amazing interior configuration for the Raptor R. Blue Oval, according to rumors, will have new airbags as well as general safety enhancements. We believe the Raptor R variant will dominate the segment in terms of tech.

The next 2023 Ford F-150 Raptor R will be a very powerful model. According to the newest reports, the supercharged V8 engine from the Mustang Shelby GT500 variant would power the truck. The Raptor model is being “Raptored” by Ford, which is pretty fascinating. Of course, the goal is to compete with the Ram Rebel TRX truck and its strong 707 horsepower engine.

There is no specific rivalry for the TRX version at the time. The Raptor R, which will allegedly produce up to 760 horsepower and 625 lb-ft torque, is about to change that. In addition to greater power, the Raptor R will have superior mechanics than the F-150 Raptor variant. Lastly, many experts are saying that Ford’s V8 engine has a longer lifespan than the Ram’s Hellcat engine. 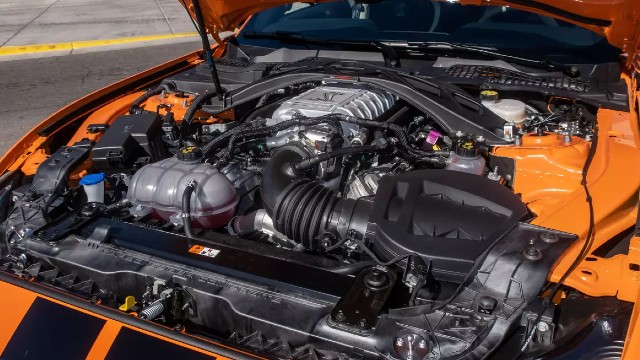