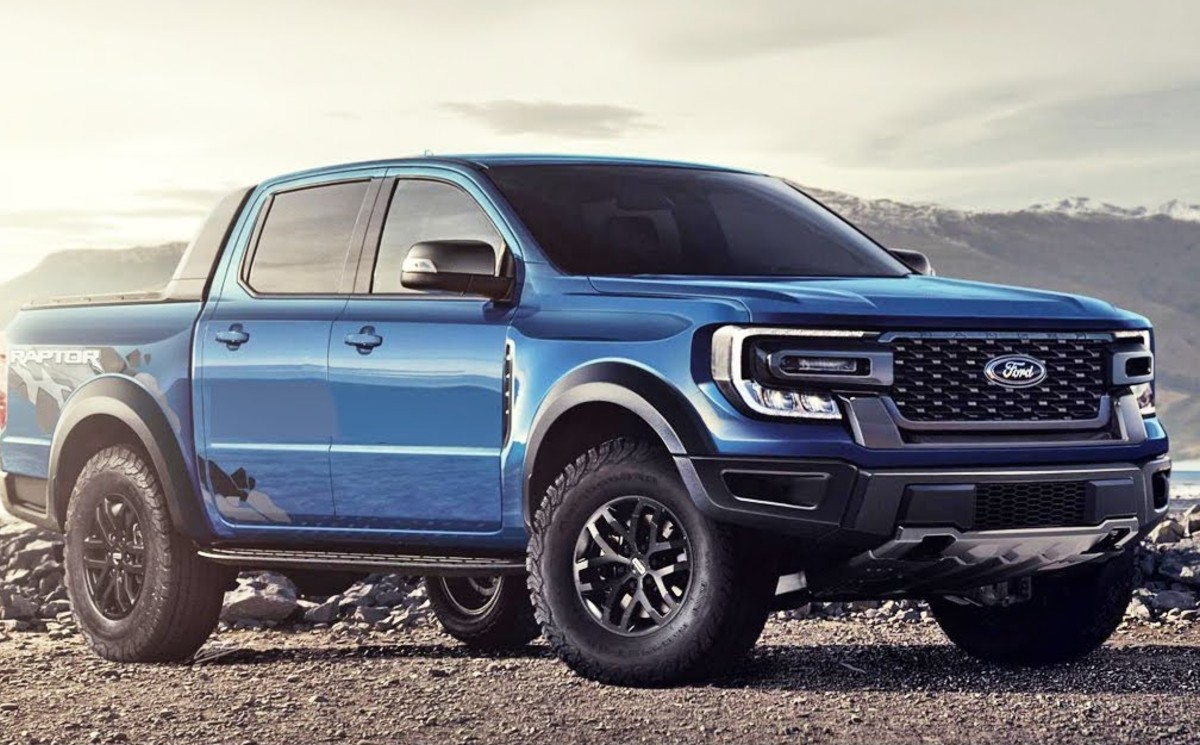 The upcoming 2023 Ford Ranger Raptor has been spied for the first time. This high-performance mid-size pickup truck will arrive in the United States, at some point next year. After years of sales outside the United States, a famous model will make a comeback. The latest spy shots are showing a prototype testing on the streets of Detroit. The 2023 Ranger Raptor is essentially a scaled-down version of the F-150 Raptor variant.

The off-road-ready Ranger, like its larger brother, will offer a lot of off-road goodies and improved mechanics. While the Raptor version will ride on the same ladder frame as the normal Ranger, it will have a longer travel suspension for soaring over jumps and a more powerful engine for faster desert runs. The Ford will most likely only be available in one body style: a crew cab with a five-foot cargo box. 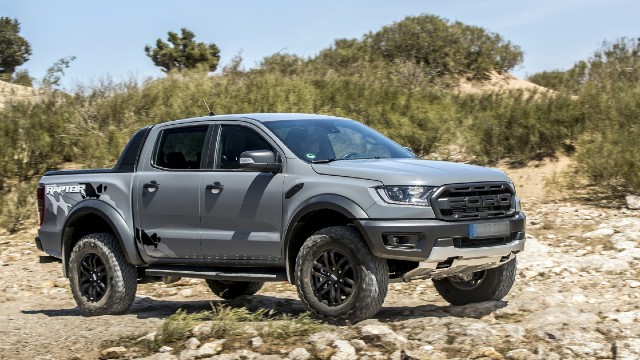 One of the most pressing concerns about the 2023 Ford Ranger Raptor in the United States is the engine that will power it. We believe it will be powered by a variant of the twin-turbo 2.7-liter V-6 used in the full-size Ford Bronco SUV. It develops 310 horsepower and 400 lb-ft of torque in that variant. A 10-speed automatic transmission should transfer that power to all four wheels.

The Raptor will feature a stronger suspension and beefier off-road equipment than the regular pickup. It should feature up to 33-inch all-terrain tires with larger front and rear tracks, as well as a higher riding height and improved ground clearance. We are waiting for the Blue Oval to reveal more details, including fuel-efficiency ratings and towing capacity.

With a revamped Ranger on the horizon, these new spy images might be useful. The 2023 Ford Ranger Raptor is shown here in prototype form, with BFGoodrich All-Terrain tires and a ride height that looks to surpass anything currently available in the Ranger catalog. Six-lug wheels are standard, but those twin exhaust pipes are not — even if they are somewhat misaligned.

The taillights are brand-new, although the heavy camouflage perfectly hides most of the exterior parts. There is even a third brake light relocated to the tailgate. In any case, there is some camouflage on the truck indicating that the manufacturer is concealing some new suspension components. The current Tremor package uses Fox shocks, so there’s a good possibility that any future Ranger Raptor would do the same, although with beefier components. 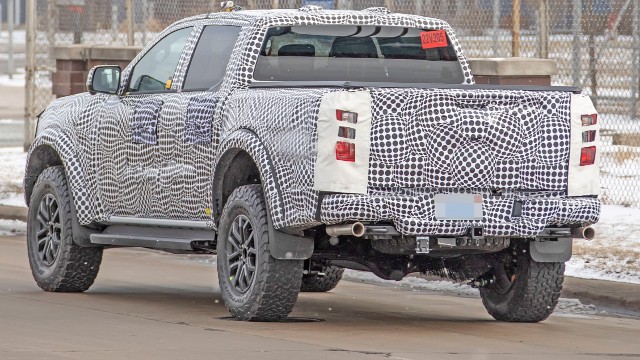 As before, the 2023 Ford Ranger Raptor will once again go on sale in Australia. However, this popular off-road mid-size truck is making a comeback in the United States. This time, it will share a lot of components with the Bronco Raptor (Warthog) SUV. The new model will cost below $50,000, according to the most reliable sources. Raptor will directly rival Toyota Tacoma TRD Pro and Chevy Colorado ZR2 models. The sales will begin at some point next year.