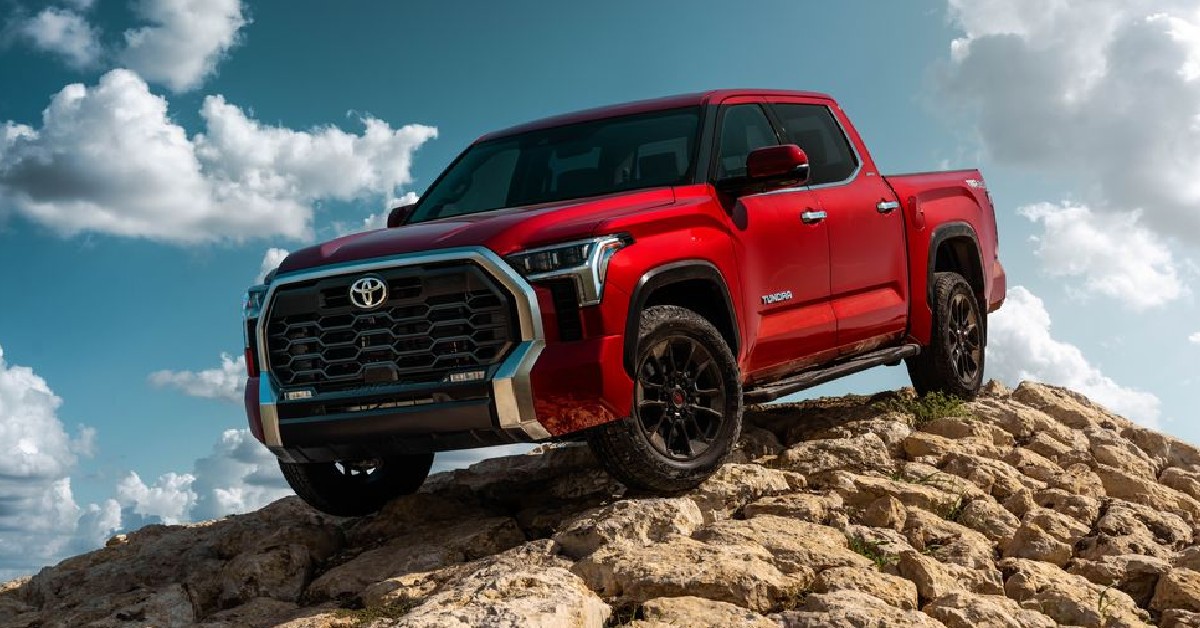 The upcoming 2023 Toyota Tundra Hybrid will be a truly impressive model and the best Tundra so far. A new hybrid powertrain will increase the truck’s power and efficiency. It is a twin-turbo V6 engine working in a combination with the iForce Max hybrid system. Right now, the only competitor is the Ford F-150 Hybrid model with the PowerBoost technology.

This is going to be a very interesting rivalry for a variety of reasons. Besides the new powertrain, Tundra will also introduce some other, significant changes. That includes an exterior redesign and numerous interior upgrades. The sales will begin later in 2022 and here’s everything you need to know.

Like the base version, the next 2023 Toyota Tundra Hybrid will arrive with a redesigned appearance. The exterior design of this pickup truck has been dramatically changed. While the basic shape remains the same, the front fascia is entirely new. The styling is reminiscent of the Toyota 4Runner SUV in general.

The front end now comes with a large Toyota logo and a large black grille with hexagonal slots. A new feature is the LED light strip behind the Toyota emblem, as well as the somewhat thinner LED headlights. Furthermore, the Tundra is outfitted with modest black fender extensions and stunning black wheels. The TRD Pro variant will have more features and new exterior paint. The hybrid variant will look exactly the same as the regular Tundra, so no upgrades will be made. 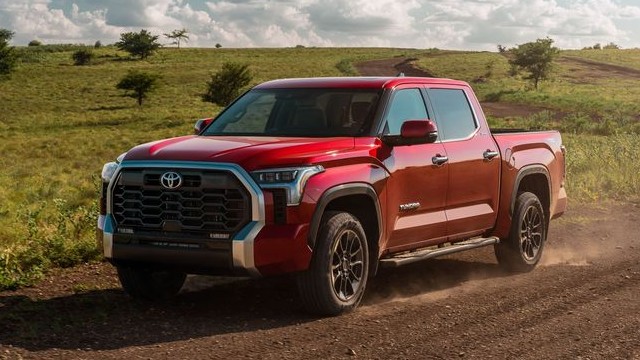 The interior of the new 2023 Toyota Tundra will also see considerable changes. To begin, the new model will be significantly more comfortable than the current model while maintaining the same seating layout. Everyone will be able to sit comfortably, no matter which cab setup you choose. Furthermore, the Tundra has enough legroom, especially in the back.

A CrewMax cab is available if you are looking for a spacious cabin. On top of that, Toyota should make certain technology breakthroughs. Certain previous-generation technology, such as Apple CarPlay and Android Auto, will continue to be supported. Toyota’s Safety Sense P package will also be updated. Generally, we expect more standard features and higher safety ratings from the new Tundra truck. 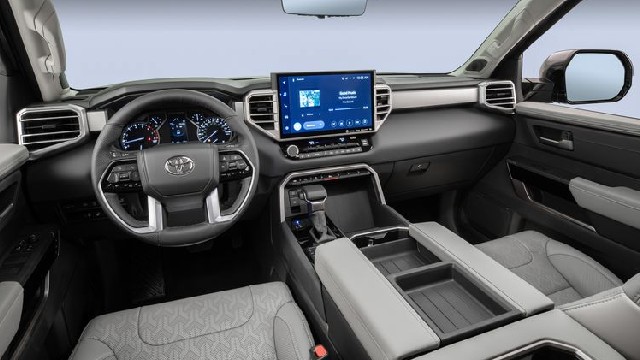 As we said, the new 2023 Toyota Tundra Hybrid will rival the Ford F-150 PowerBoost truck. Both models are using a similar configuration, a mix of a twin-turbo V6 gasoline engine and an electric motor. Moreover, both trucks are offering a 10-speed automatic transmission. Regular Tundra develops 390 hp and 480 lb-ft of torque. Thanks to the electric motor, Tundra Hybrid will produce 437 horsepower and a torque of 583 lb-ft.

To compare, F-150 PowerBoost delivers 430 horses and 570 lb-ft of twisting power. On the other hand, Tundra goes into EV mode at 18 mph, while F-150 is doing the same at 50 mph. Toyota offers a 1.5-kWh nickel-metal battery, while the F-150 PowerBoost model comes with a 1.5-kWh lithium-ion pack. Lastly, Ford offers the generator option, while Toyota doesn’t have a generator technology. 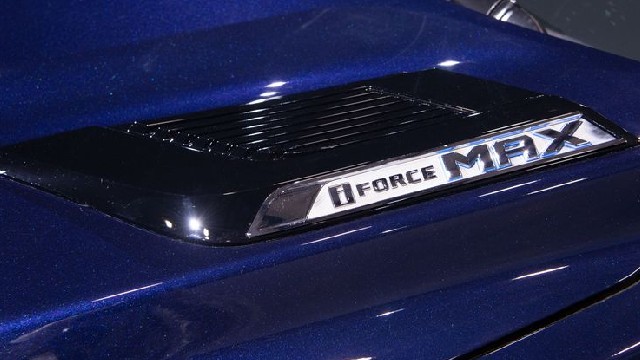 The price of the new 2023 Toyota Tundra Hybrid is not available yet. Interestingly, the manufacturer will offer the iForce Max variant as an option in upper trim levels. Ford will let you have a hybrid powertrain even in a base XL trim level. The sales will begin later next year.