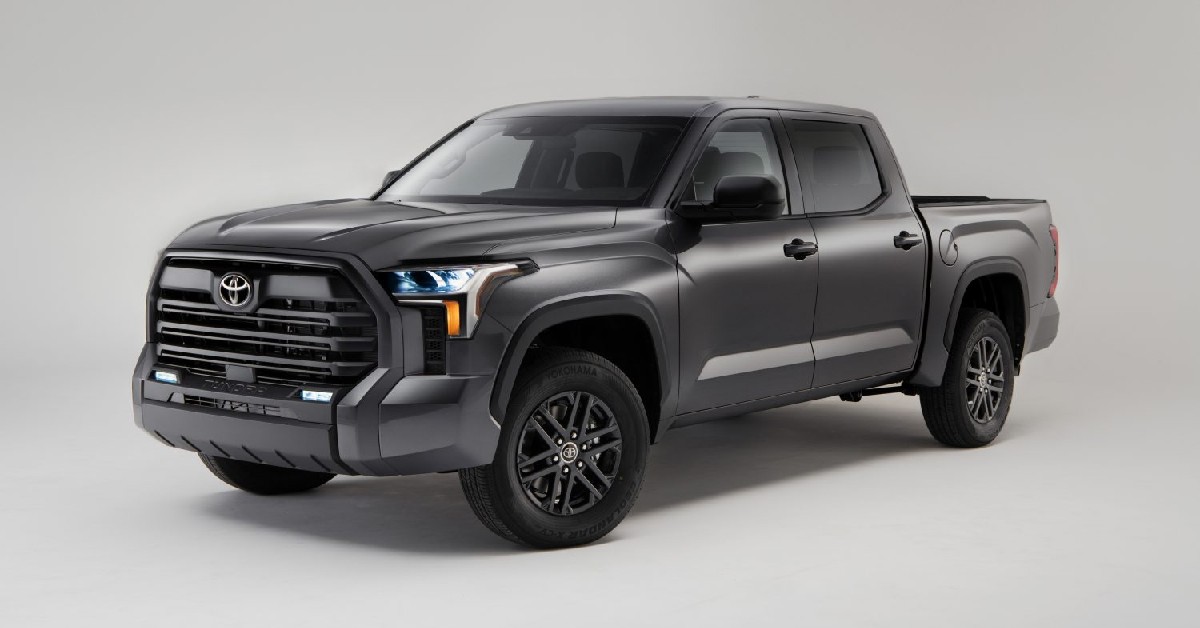 The upcoming 2023 Toyota Tundra SX will be released later this year. This package will give the Tundra truck an aggressive appearance by darkening the bodywork, interior, and many visual elements. Toyota claims that the SX package will only be available on the SR5 trim level.

It’s interesting to note that Toyota employed the same formula for the Toyota Tacoma model as it did for the 4Runner, Camry, and Sequoia models. New Tundra will provide more power than the current model, and the SX package will have the same output. 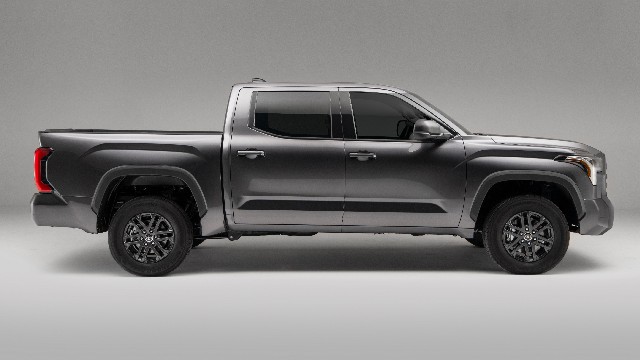 In terms of performance, the 2023 Toyota Tundra SX will have the same engine as the rest of the lineup. Toyota will replace the current V8 engine with a new 3.5-liter V6 i-Force engine. Thanks to that, the new Tundra SX will generate up to 390 horsepower and 480 lb-ft of torque. That is more than the outgoing model has to offer. A 10-speed automatic transmission will be on offer and Tundra will have a towing capacity of 12,000 pounds.

That’s slightly less than the leading trucks in the full-size segment have to offer. The Tundra SX sprints from 0 to 60 mph in 6.1 seconds, which is a good result. Lastly, this model will utilize a new coil-spring rear suspension, so the ride quality and handling will be even better. Lastly, this model can be had with both 4×2 and 4×4 systems.

The cabin of the 2023 Toyota Tundra SX has a black color scheme instead of smoked silver highlights. This new interior theme provides a sportier appearance than the standard trim level. This package also delivers a gray contrasting headliner, unique dash, and blacked-out seats. As for the high-tech features, Tundra SX is using a Safety Sense 2.5 suite as standard. What we like about this model is an impressive list of driver-assistance aids. 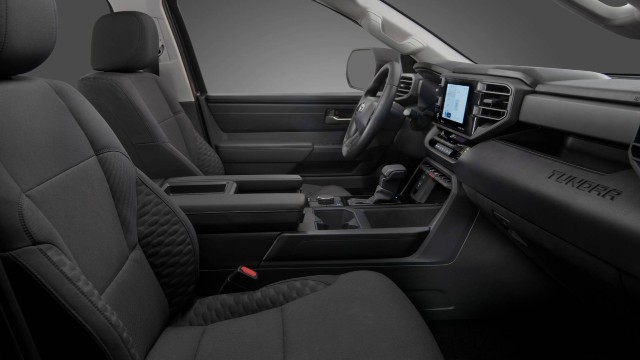 The upcoming 2023 Toyota Tundra SX treatment will give this model a Nightshade-like appearance. In case you weren’t aware, the automaker provided this kit on models such as Sequoia, 4Runner, Tacoma, and Camry. Keep in mind, though, that the SX package is only offered on the SR5 trim level. Additionally, it comes in CrewMax and Double Cab models. 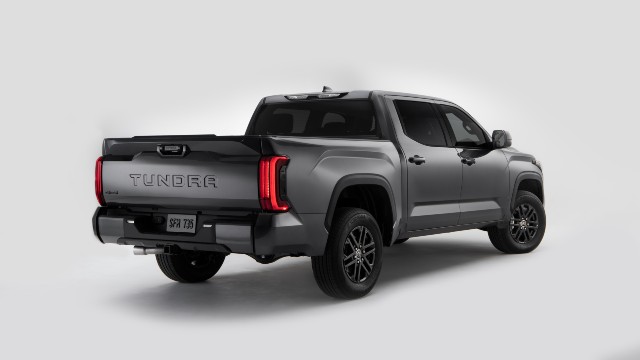 The price of the new 2023 Toyota Tacoma SX will start at around $45,000 or slightly higher than that. In case you didn’t know, the SR5 trim level is available for $43,000. Unfortunately, the SX package is only available with the SR5 model. It is a trim level that slots below the premium models such as Tundra Limited, Tundra TRD Pro, and Tundra Capstone.