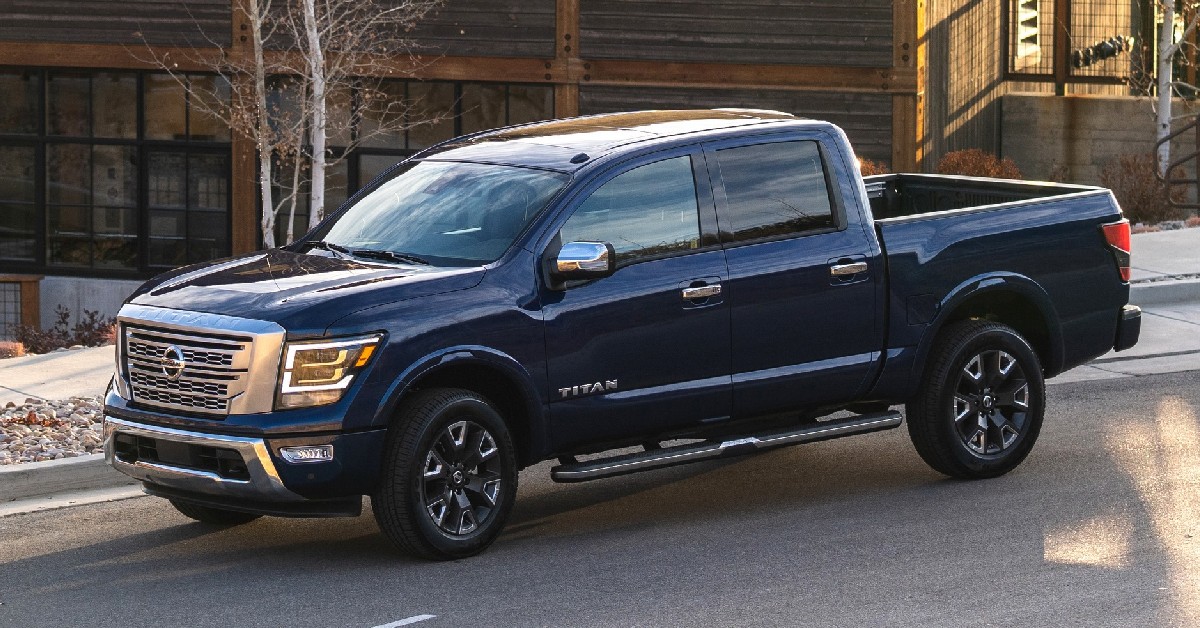 According to the latest reports, the 2024 Nissan Titan will be the next-gen model. Previous rumors indicated the 2023MY as the start of the new generation. However, it seems like the customers will need to wait a little bit longer. The main reason for such a decision is electrification.

Reportedly, the new Titan pickup truck will gain all sorts of improvements, including hybrid and all-electric powertrain options. Moreover, the first renderings are here, so we get the idea of how the new Titan model will look. We also anticipate a complete interior overhaul. With the F-150 Lightning coming soon, it is time for the rest of the segment to fight back.

Right now, the Titan truck looks boxy and it sports a traditional design. However, the segment is changing with all-electric trucks with futuristic designs are coming. Because of that, the next-gen 2024 Nissan Titan will gain a completely new look. The current model wears lots of chrome, which looks good. However, that is not enough. The new model will look more dynamic and definitely more futuristic.

The goal is to make a truck with a commanding presence, but not in an aggressive way. The 2024 Titan comes with a nice-looking satin-chrome grille and brand-new interlocking LED headlights. The daytime running lights are also new and the lower roofline will be a great addition as well. The rear section will sport monolithic LED taillights and larger “TITAN” lettering on the power-operated tailgate. 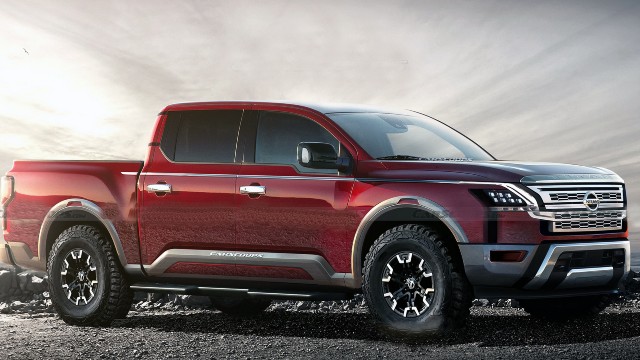 The cabin will also see some significant changes. The 2024 Nissan Titan will arrive with an overhauled interior. Thanks to that, the new model will look closer to the Ariya electric crossover. Even the base trim level should gain more luxury, but the workman-like atmosphere will be present, like always before.

More premium materials will be available, creating nice surfaces and providing supreme comfort. A 12.3-inch digital instrument cluster will come as standard. We also expect a new and larger head-up display, along with the new infotainment touchscreen. Still, features such as ambient lighting, leather seats, and even bigger displays will be optional. 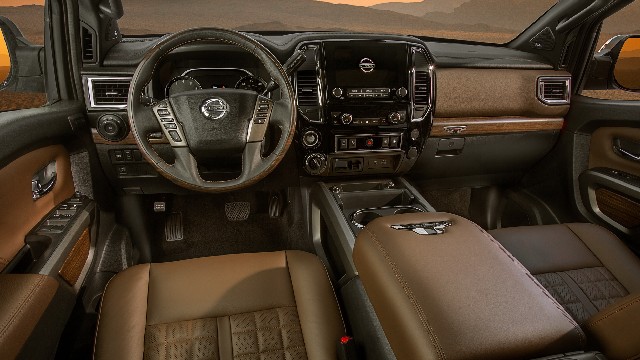 The current Titan model is available with a 5.6-liter V8 engine, producing 400 horsepower. Most likely, the same powertrain will be available in the 2024 Nissan Titan. Of course, this output will gain a lot of upgrades. However, Nissan reportedly already works on a hybrid variant. A 3.0-liter twin-turbo V6 is the most likely outcome. The same engine powers the Infiniti Q60 model. The idea is to deliver both the mild-hybrid and plug-in hybrid options.

Thanks to that, the new Titan will provide impressive fuel economy and low-down torque. On top of that, an all-electric Titan is also coming. It is a must for Nisan, as the Ford F-150 Lightning and GMC Hummer EV are almost here. Interestingly, Nissan will work on electrification with Hercules Electric Vehicles. Rumors are suggesting a larger 150 kWh lithium-ion battery pack and dual-motor setup with almost 600 horsepower. 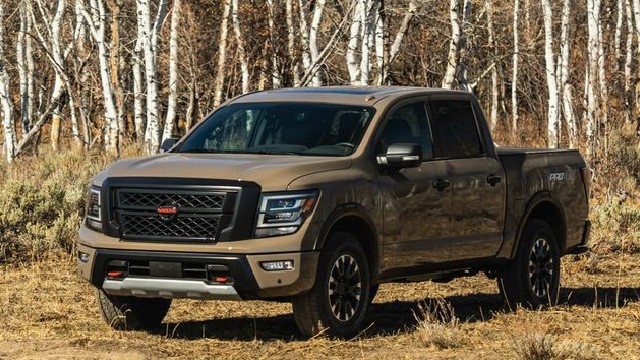 And while the current model is priced at $37,000 new 2024 Nissan Titan will cost more than that. Sure, the base model with a gasoline V8 engine will cost around $40,000. However, hybrid and all-electric variants will surely cost significantly above that. The sales should begin later in 2023 and we can’t wait to see the first official details.