Chrome… Lots of chrome! That’s the first thing you notice when you see a picture of the front end of the vehicle. From its chromed bumper to the satin shiny finish of the fog lamp bezels to extra bits and pieces of chromed metal liberally sprinkled all over the exterior of the vehicle. The GMCs iconic Sierra Denali after its launch quickly became the gold standard for luxury trucks due to its classy interior design and external beauty. The 2017 Sierra Denali Ultimate takes these design features to the next level. GMC have generally marketed their Denali as higher priced models with top end features worthy of their price. With the 2017 GMC Sierra Denali Ultimate, the good people at GMC just set the bar higher than their competition. Here is how: 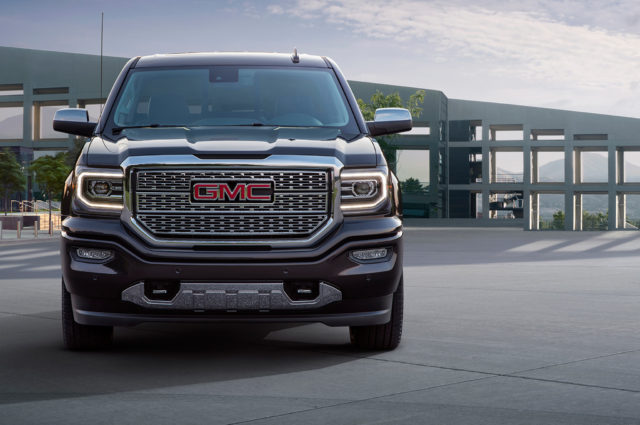 The 2017 GMC Sierra Denali Ultimate is heavily chromed with the front grille being carried forward. The classic wrap-around high-intensity LED lights that are one of its most recognized features at night have also been retained. However, the ultimate sports 22 inches chromed alloy rims that offer higher obstacle clearance abilities than their older counterparts makes it much more elegant and refined. The Sierra’s trademark moonroof and a far larger exhaust pipe complete the ensemble.

For those who prefer a discreet minimalist look rather than a brash exterior, an all black non-chromed version of 2017 GMC Sierra Denali Ultimate is also available. This version would do away with all the chromed exterior parts such as rims, grills etc and replace them with a black finish.

The exterior of any top end vehicle, while certainly being an important point of consideration, however, pales in comparison to the interior design schematics. After all, the prospective buyer would be both sitting in as well as driving the vehicle.  If the interior and the various control features available in the vehicle do not appeal to them, they almost certainly would not buy it regardless of how tantalizing the exterior may be.

This is why GMC has lavished extra care in designing the cabin of their 2017 GMC Sierra Denali Ultimate. In fact, this is where the Sierra really shines and would easily satisfy the most discerning of technophiles by the sheer level of features the vehicle offers. The seats are extremely comfortable and the simple push of a switch will send the vehicle’s running boards regressing backward and in effect creating a step into the rear bed compartment of the big truck. The same steps are also capable of moving forwards so as to be able to provide easy access to the cab itself. GMC refers to this highly convenient proprietary feature as “Tri-mode power steps.”

Then there is the information as well as entertainment section whose controls are located on the steering wheel itself, thereby eliminating the risk of taking the hand of the while driving when the driver want to switch songs or radio stations.  Other cool extras include wireless recharging of mobile phones, and also a close traffic alert system.

Moreover, the driver display is heavily customizable with many different setting options on the console panel.  It is capable of 4G LTE connectivity and is also fully compatible with both Apple and Android devices. 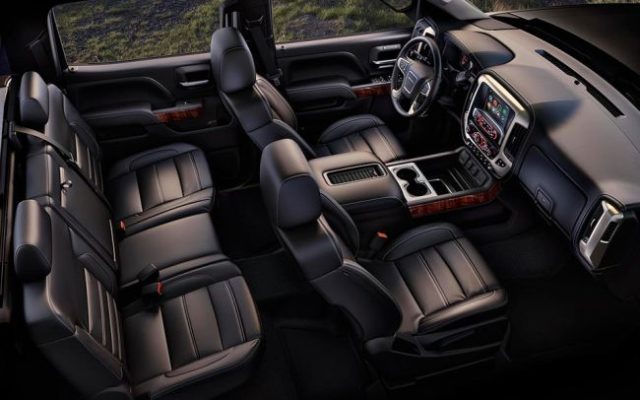 The 2017 GMC Sierra Denali Ultimate packs a mean punch under the hood in the form of a powerful 5.3 liter V8 engine that happily chugs out 355 hp with 383 lb-ft of torque. That’s more than enough power for just about any kind of applications that the prospective buyer may have in mind. There is also an option of the 6.2-liter engine. Yes, that is a truly massive 6200 cc (Cubic Centimeters) engine, capable of 420 hp while generating approximately 420 lb-ft torque.

Both versions of the 2017 GMC Sierra Denali Ultimate are equipped with an actual 8-speed automatic transmission that can handle the raw power of the engine with ease. 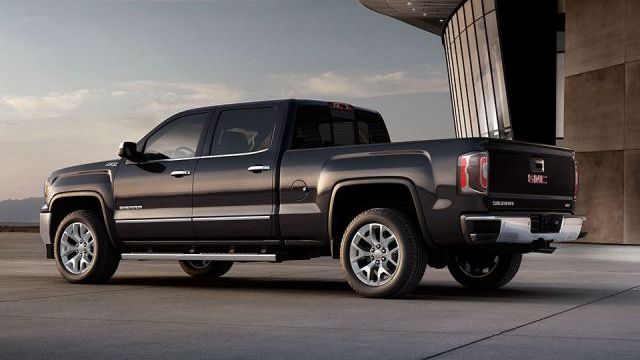 The new model will be in the range of $55,000. However, when compared to the veritable plethora of features the 2017 GMC Sierra Denali Ultimate offers, it’s an excellent value for money. 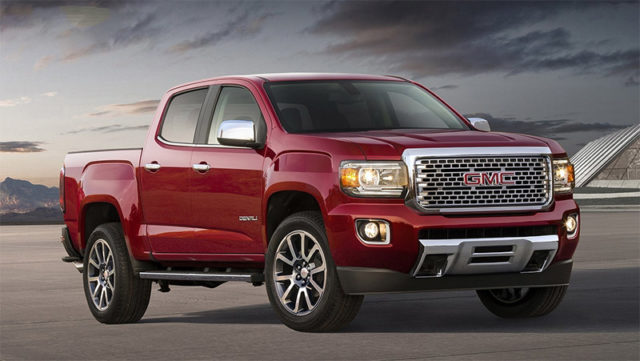