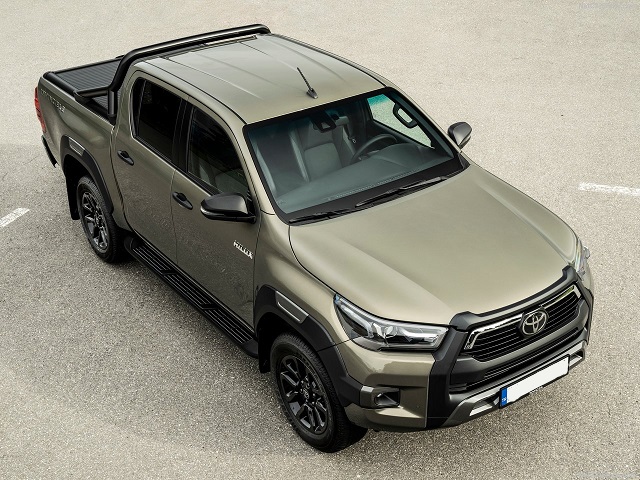 The answer is no. At least, not for now. We can hear rumors whispering about the comeback of the truck that only older fans remember. The Toyota Hilux was a part of the company’s US fleet in the 90s. But, the truck was discontinued in 1995 and replaced with a more familiar Tacoma. Was it a mistake and what caused Toyota to this move? We will try to explain everything, as well as the potential comeback in this review.

We can’t talk about Hilux without mentioning Tacoma. Well, these are two very similar, but yet very different trucks. One thing is in common – popularity. It comes with excellent performance, reliability and capability. Tacoma is the best-seller in the US, and Hilux is the best-known Toyota truck worldwide.

So, the question is – why Hilux is not available in the US anymore? Why Toyota had to replace it? Or they weren’t forced to do this? 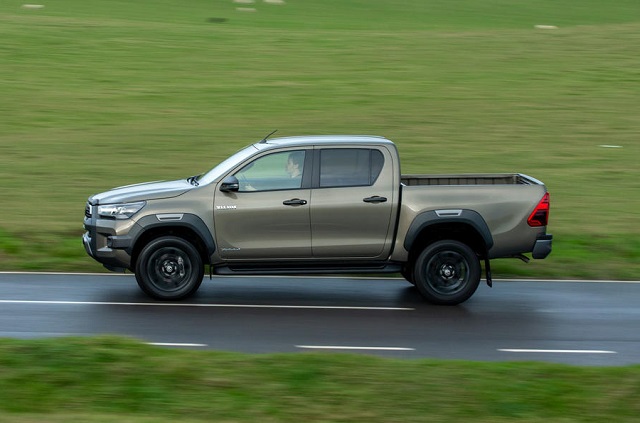 Brief History of the Model

Hilux made a debut in 1968. Like a few other Toyotas, this one is in very long service. Fans in the US might be familiar with its other name – Toyota Pickup. It was available with many options, including different cab configurations, engines, and special versions. In 1995, it was time for the redesign. Plus, the truck didn’t meet the regulations, and the Chicken Tax increased the cost of imported vehicles, especially pickup trucks. So, the Japanese carmaker had to make partnerships with US companies to provide a better service. Also, refreshment of nameplates brought a few new cars. One of them is Tacoma, which is very similar in function. It was the end of the sixth generation. The seventh one was not available in the US. Meanwhile, the truck had one more series, from 2015. The new generation is not expected before 2024. Meanwhile, minor changes are announced for the upcoming 2022 Hilux.

So, Toyota now has two pickup trucks – Tacoma for the US and Hilux for the rest of the world. Good thing for the company – both are dominating in their areas. These are best-sellers. The market in the United States is the largest, but there are a few other countries where trucks are very popular. The Toyota Hilux faces only Ford Ranger in every country where two companies are delivering their pickups. On the other hand, other manufacturers are usually using the same recipe like Toyota. Nissan Navara is a close sibling to Frontier. Holden is an Australian representative for Chevy vehicles, and Colorado is one of their best products. Isuzu D-Max and Mitsubishi L200/Triton are also interesting models not available in North America. 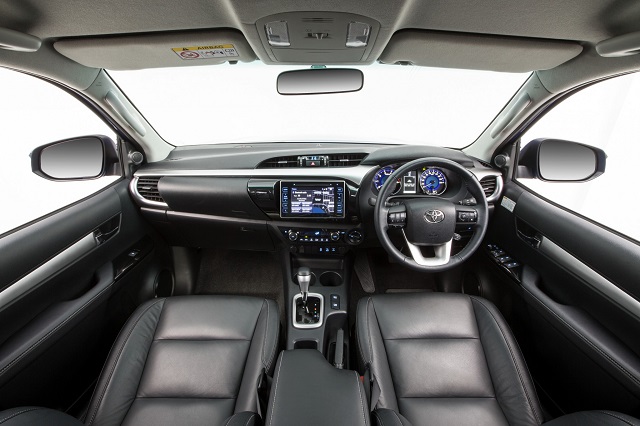 Fans of Tacoma will hate if you say these are the same trucks. Well, the similarities won’t make you being wrong. The idea is the same, function, performance. Hilux is slightly shorter. But, it steps up with a better towing capacity (7,000 pounds compared to 6,800 lbs). That is thanks to the diesel engine, not available in the US market. Well, rumors about Tacoma Diesel are still loud. The company disbanded speculations about the oil burner under the hood of Tundra. But, that never happened for its smaller brother. The hope is still there, although experts see it as an unlikely outcome.

Anyway, a 2.8-liter D-4D unit was considered as one of the options for North America. It creates 200 hp and 370 lb-ft of torque. That is the output that makes the Chevy Colorado the best mid-size pickup for towing with 7,700 pounds. In the US, the best configuration for Tacoma features a V6 engine. You can also go after a smaller displacement to save some money. But, in that case, it is better to buy a crossover.

Read everything about the 2022 Toyota Tacoma redesign HERE

What makes Tacoma so popular is the capability. Besides the V6 engine, there are a few other upgrades that will make you want this truck. TRD Pro is the ultimate off-road package. With it, the pickup is almost unstoppable. But, Toyota Hilux also offers the 4×4 upgrades that can stun buyers and make US fans want one of these. Rugged, Rugged X and Rogue packages are going to enhance off-road adventures and work.

Well, Toyota Hilux Rogue is more focused on premium equipment. This model comes with 18-inch wheels and a few other eye-catching additions. For example, a roller cover will protect the cargo in the bed. Power seats are standard, and the bundle also includes Apple CarPlay and Android Auto services. The Rugged X version is drawing attention with unique features, such as snorkel and bulbar. Skidplates and other accessories are there to extend the lifespan of the pickup truck. Of course, the 4×4 is standard. 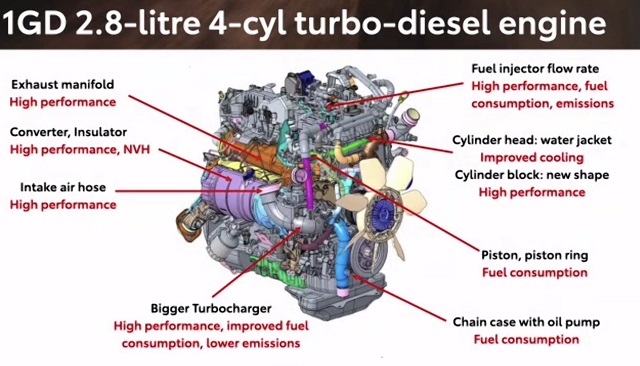 Under the bonnet of the Toyota Hilux is a 2.8-liter turbodiesel engine with 200 hp and 370 lb-ft. It seems like a perfect output for the US market. But, the emissions are a dealbreaker and one of the reasons for the discontinuation. Well, Tacoma is serving well in the US, and editors of MotorBiscuit don’t see why would Toyota spend a lot of time and funds to make Hilux available again for this part of the world. A six-speed manual gearbox is still there, while an optional upgrade is an automatic transmission. A 2.7-liter petrol engine can be found at certain dealerships, but the gasoline unit is not as popular as the oil burner. Hilux also featured a 4.0-liter V6 gasoline mill, as well as 2.5 and 3.0-liter diesel drivetrains. In the future, we will see hybrid trucks. Tacoma is the favorite to be the first one in the US market. 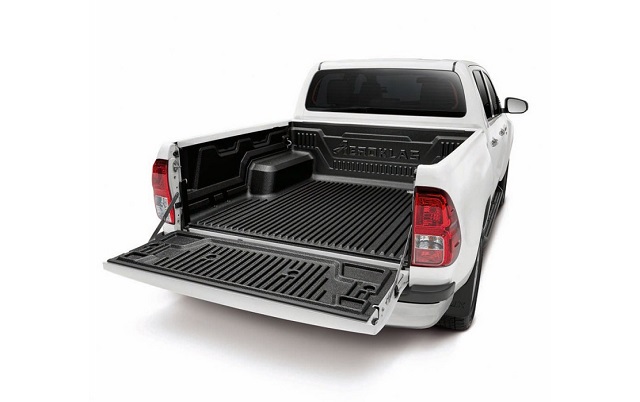 Verdict – No Comeback for the Toyota Hilux to the United States

We are not the first or the only ones to claim the Toyota Hilux is not coming back. It’s been 26 years since the last appearance. Even though the trend is to use old nameplates, Toyota is looking forward. The investment is too big and Tacoma cemented its place as one of the best trucks in the US. But, the growing competition might make the Japanese manufacturer examine options for the future. The Hilux is going to introduce a new generation after 2024. The ninth series might give us detailed answers to all the questions and hopes.