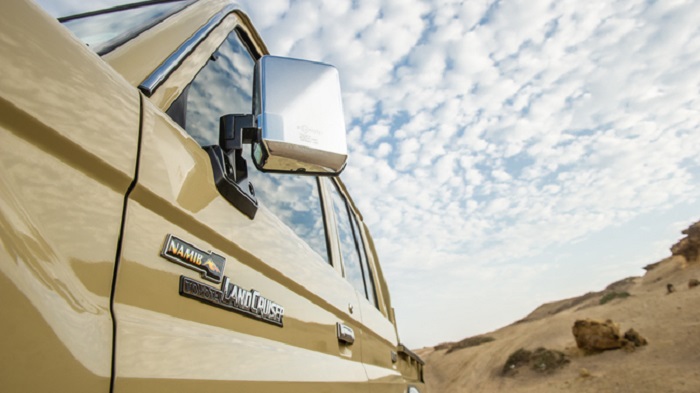 Land Cruiser is a well-known luxury SUV that appears worldwide. It is also popular because of its versatility and utility. The SUV is so good, that some fans were calling for the pickup truck version. If you are from Australia or South Africa, there are no problems. The Series 70 is modifying the original SUV and turn it into a truck. There are two other versions, but the pickup is the most interesting. The latest upgrades available in South Africa are bringing the Toyota Land Cruiser Namib Edition.

Land Cruiser is the longest-lasting nameplate in Toyota’s family. The vehicle is nearly 60 years old (anniversary in 2021). The luxury SUV is very popular all across the globe for a long time. One of the key changes happened in 1984 when the Japanese company split the lineup to luxurious and utility. The US version is combining two segments. In most other markets the Series 200 is a badge for the premium model. In other parts of the world, where there is Series 70 available, the utility is a key. South African buyers saw the Toyota Land Cruiser Namib Edition last season and the company upgraded the package for the latest edition. 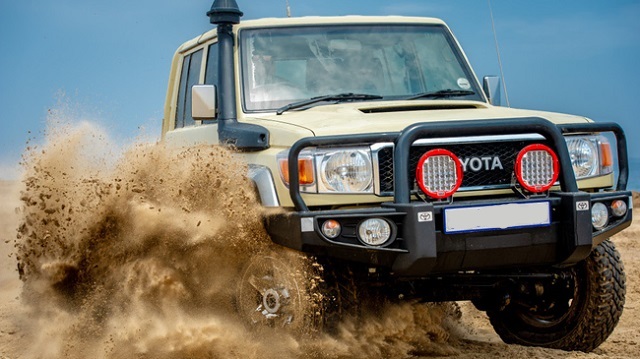 The first edition of the package was limited to only 60 copies. Toyota sold these trucks in no time. So, there is no surprise why the Namib Edition is coming back. We believe there won’t be massive production again, which will make buyers keep an eye on the official site of the pickup.

The Toyota Land Cruiser Namib Edition is built on the Series 70 model. More precisely, Land Cruiser 79. Besides the truck modification, the nameplate also appears as LC76 wagon and LC78 troop carrier. The special package is available only in South Africa. To purchase it, you don’t have to select a double-cab only anymore. Now, the upgrade is available with the single-cab layout. The Namib Edition is enhancing the ride with off-road upgrades. Also, there are a few cosmetic touches that will make the truck more appealing. 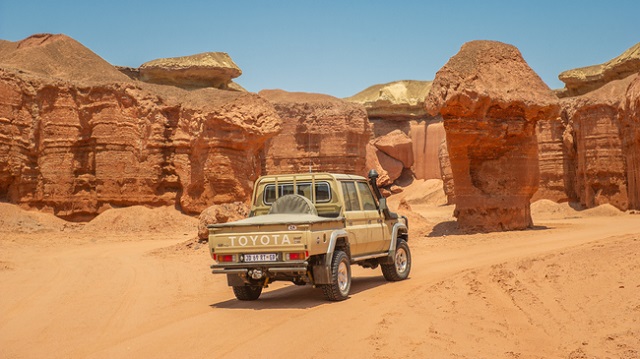 It is not hard to recognize the Toyota Land Cruiser Namib Edition thanks to the special exterior upgrades. The highlight of the front fascia is a huge Toyota lettering on the unique criss-cross grille. Of course, this model will have a few Namib badges around the body, and the attention draws a pair on the fenders and tailgate. Fans will also spot a special steel bumper. Nudge bar and headlight protectors will save the front fascia. There are a few modifications at the back. For example, the rear step is there, as well as the tow-bar. The rest is pretty much the same as the standard edition.

The interior is getting special upholstery. Namib crests are printed on seat covers. A few storage compartments will give you more options to store small items, such as sunglasses, or phone chargers. The model carries over the same infotainment system, controlled from a touch-screen display. Satellite navigation is standard, as well as Bluetooth connectivity. The truck comes with a power socket in the front, as well as the tilt/telescoping steering wheel. The Toyota Land Cruiser Namib Edition will also add a few more safety accessories. Only two paintjobs will be available for the pickup – Ivory White and Sand Beige. 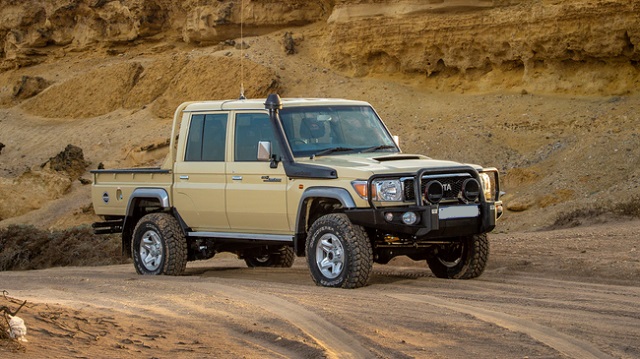 The powertrain for the Namib Edition is the same one as for the standard model. That is a 4.5-liter turbodiesel V8 unit with 151 kW (202 hp) and 430 Nm (320 pound-feet) of torque. The same powerplant was supposed to be brought to the US as a part of the Toyota Land Cruiser Diesel SUV lineup. The efficiency was one of the reasons why the company didn’t pick this movie. The special edition of the truck consumes more than 11 liters of oil every 100 km (under 20 mpg).

The key upgrade for the Toyota Land Cruiser Namib Edition is a unique off-road suspension. It will make the truck ride over the toughest terrains. All-weather and surface tires are also added. We don’t have to mention that the Namib truck is available only with the 4×4 drive.

As said, the Toyota Land Cruiser Namib Edition will be limited to the South African market only. Well, the truck is not available in too many more countries. Still, buyers in Australia and New Zealand will be disappointed by not having the chance to get this special unit.

The price of the truck is 842 200 rand (South African currency) for the single-cab layout. Converted to US dollars, that is just under $51,000. You need to pay about $4,000 more to get a double-cab setup (911 500 rand). The model is not going to be available in other countries. Also, Toyota has no plans of expanding the market of the pickup truck segment.