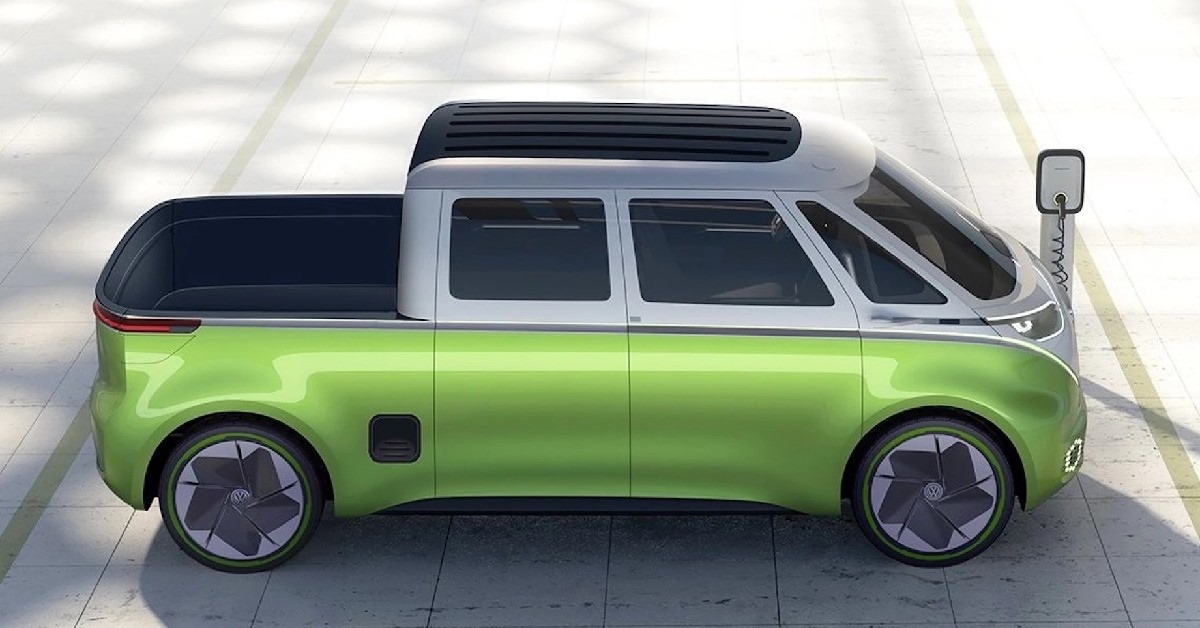 New concepts are constantly present. New VW ID. Buzz Pickup Truck Concept is a perfect example. It is a truck concept that sounds very promising, but it also looks weird. Reportedly, Volkswagen is considering building this model for the United States. It is a crew cab pickup that looks futuristic and distinctive. Recently, company’s chief designer posted renderings of this concept truck.

Of course, Volkswagen will use ID. Buzz concept for other vehicles as well, primarily a passenger and cargo vans. However, the truck definitely looks more attractive. This doesn’t have to mean anything, but it seems like the German automaker is about to introduce a new pickup truck.

In order to compete with established rivals, Volkswagen will opt for a unique design. The VW ID. Buzz Pickup Truck Concept has been teased recently on Instagram. Volkswagen’s chief designer posted a rendering of this concept in a pickup truck form. We must say the model looks very interesting and definitely unique.

The pickup truck is characterized by roof pillars painted in body color. As we said, it is a crew cab model with smaller rear doors. It seems that the cargo box will provide lots of room and an integrated step will be available. The concept is looking both futuristic and funky at the same time. Of course, we believe the production model will look more conventional than the original concept. 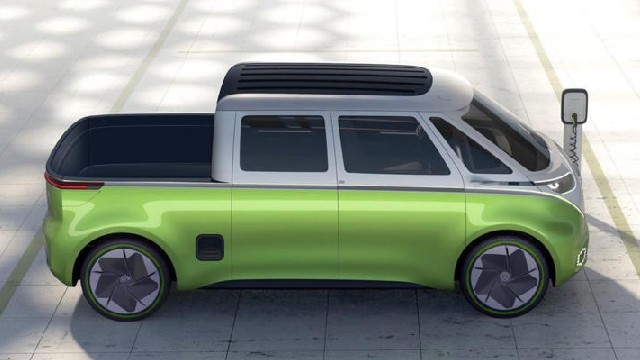 Everything we know about the interior is taken from the concept. Again, the production model could look totally different. The upcoming VW ID. Buzz Pickup Truck Concept will come in two rows and a room for five passengers. We think the cab setup won’t change. The cabin is finished in orange and while color schemes.

Moreover, the interior looks very fun and modern. Volkswagen will allow lots of customization and numerous trim levels, per source. Some things are looking retro, while we hope for some cool Easter eggs. Generally, orange color looks attractive, along with nice contras stitching on the seats. 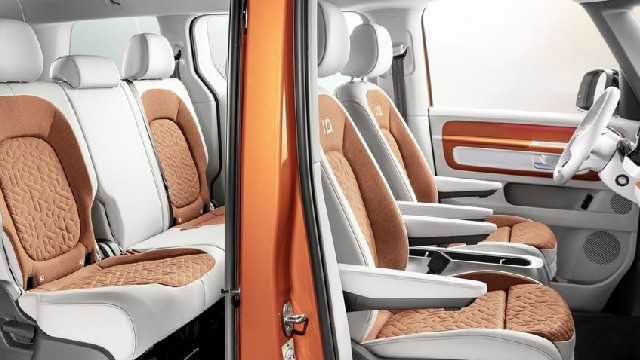 The new VW ID. Buzz Pickup Truck Concept will come with an 82-kWh battery pack. Moreover, this small pickup will use a 150-kW electric motor, using a rear-wheel-drive system. The Buzz Pickup will sit on the MEB platform, but we don’t know how much power is going to produce.

Naturally, there will be a two-motor variant with a standard AWD system. According to German automaker, this model can be charged from 5 to 80% in half an hour. As for the driving range, the ID. Buzz truck will provide at least 200 miles on a single charge. 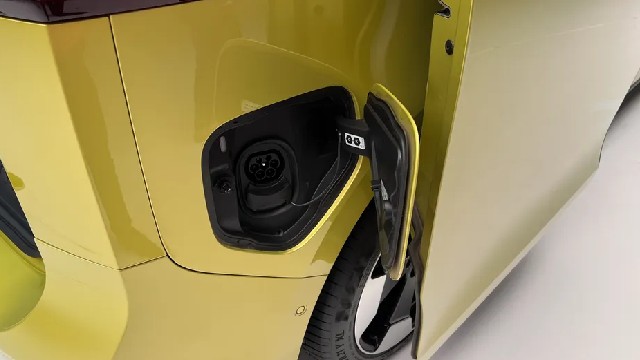 The forthcoming VW ID. Buzz Pickup Truck Concept is not official yet. However, things are not far from reality at the moment. For a start, we are waiting to see the ID. Buzz cargo van on the roads, followed by the passenger van variant. This should happen by the end of 2022 in Europe. After that, Volkswagen will focus on long wheelbase models that will debut in the United States at some point in 2023. The price is impossible to predict, so we are waiting for official confirmation.