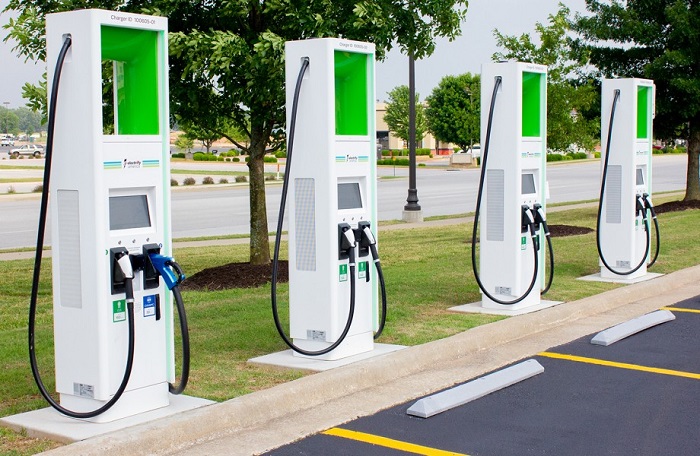 As expected, Tesla made the first move and brought the Cybertruck. The big presentation split the fans and experts. Still, the EV is here, with stunning range and towing capability. Nevertheless, we expect a few responses. Of course, Ford F-150 is a truck that will probably be the next one to get the electric motor. But, its archrival, General Motors, already announced plans for the 2022 Hummer as one of the first future electric pickup trucks that will hit the market.

Of course, the GM will also go with the mechanical twin that will carry a bow-tie badge. Other interesting startup projects include even more electric trucks. But, these concepts need big investments. Just take a look at the Rivian R1T. Big fish, such as Amazon, recognized it as a promising platform. Still, the production is not starting yet. Nikola might be Tesla’s biggest rival since Edison, but its Badger pickup hit the roadblock already.

Let’s see all the projects and concepts available at this moment. 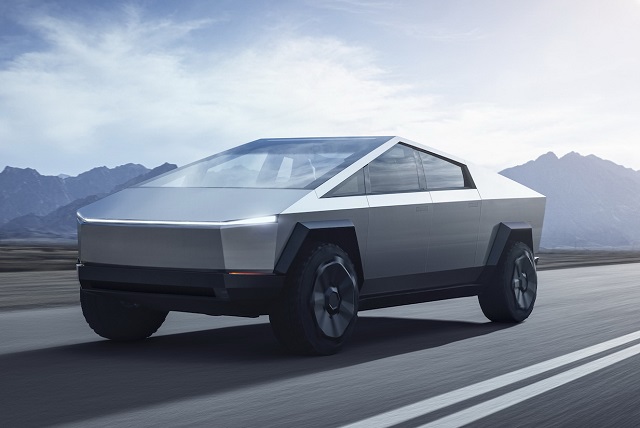 In 2021 we won’t see the production of any other future electric pickup trucks, but Tesla’s. The Cybertruck is not quite what we expected. It looks too futuristic. But, the new vehicle is going to cause further moves by other companies. Electric motors will provide 250 miles of range. The truck will be also capable to tow 14,000 pounds, which is more than respectable output. Of course, the range drops when the machine hauls a lot. The price for this vehicle is starting at $40,000. The high-performance versions will be there later next year, and the price of the truck that comes with 300 miles of range is going to be $70,000.

The storyline of the 2022 GMC Hummer starts with rumors about the comeback of the famous SUV. Then, General Motors announces the GMC electric truck and launches the Cadillac Lyriq concept. Soon after that, we could see the slogan “Our electric future is now”. GM confirmed that few big rigs are getting an electric drivetrain in the next few years. The first confirmed model is the 2022 Hummer, which will carry the GMC badge. Well, that is mostly it. We can only share rumors about the specs, range, and towing capacity. But, GM was pretty open for now, and we believe they will add more info in 2021. The truck is not coming out before 2022. 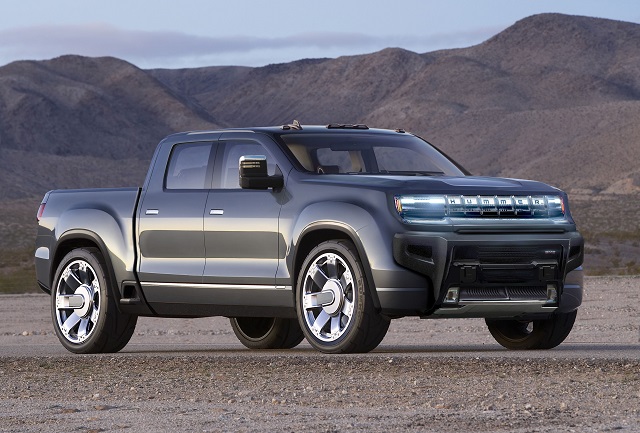 Of course, we guess the response by the leading truckmaker in the US is coming soon. Well, most fans expected the F-150 to get the electric unit sooner. The biggest enthusiasts thought that Ford is going to beat Tesla. But now, it seems the Blue Oval has some catching up to do, with its archrivals and Tesla. There are no details about the 2022 Ford F-150 Electric, but most experts assume the pickup is coming at the same time as the GMC Hummer. Of course, specs, range, and prices will be very similar and hard-core fans will have pros and cons supporting their favorites.

Probably the most promising model on the list. Rivian is a new company and it shown a lot of potentials. The 2022 Rivian R1T should be the crown of the development. Well, the first units were tested, but further examinations are needed before it hits the production. Meanwhile, the project is gathering funds for the production. Even Amazon invested around $700 million. The high-end model will be able to cover more than 400 miles in a single charge. Total power reaches 750 hp, which is enough for a 0-60 mph sprint in 3 seconds. With 830 lb-ft of torque, we can say that 11,000 pounds of towing capacity are weak. Lighter versions will also be available. 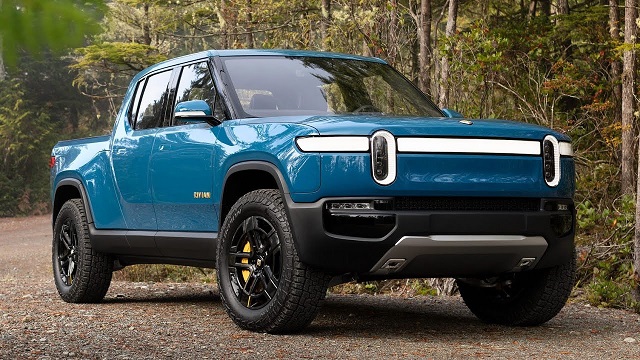 There are no doubts that General Motors will make the electric truck with Chevy badge. The same units will be used on this one and on Hummer. That is going to be another example of GM twins. We see equal mechanical setups on Silverado and Sierra, Canyon and Colorado, Traverse and Acadia, etc. So, everything the Hummer gets, it will be available for the 2023 Chevrolet Electric truck, only with a delay.

Do not mix the Bollinger B1 SUV with the Hummer. It borrows a boxy design, but this is the startup project with an ambitious plan of the future electric pickup trucks. An armored truck is coming with a hefty price, that is for sure. However, when the B2 platform appeared for the first time, electric units were very expensive. If the company slaps a $125,000 tag to the new pickup, it won’t last for too long. Still, a lighter edition will be more affordable. The presented concept, that needs to draw the attention is advertized with 614 hp and 688 lb-ft of torque. The range is under par, with 200 miles, and 0-60 mph acceleration needs 4.5 seconds. You can reserve your unit by making a $1,000 deposit on the official site. 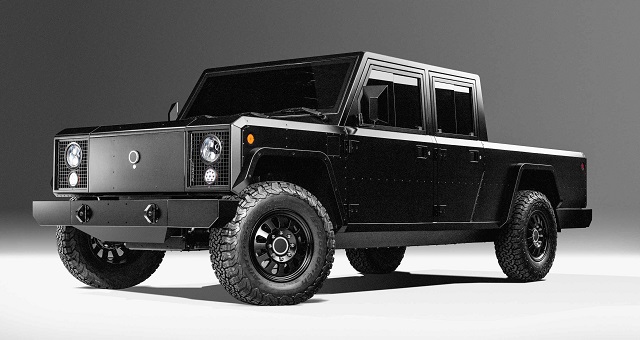 The 2023 Lordstown Endurance is another interesting project that can hit the market pretty soon. The truck will use four electric motors, mounted on each wheel. The tests are still pending. As soon as prototypes hit the road, we will get the confirmation about 250 miles of range. The Lordstown plans to start pricing at $52,000. Fun fact: one of the first drivers of the electric truck was US Vice President Mike Pence.

Nikola Tesla was a famous scientist. Now, two companies are ahead of their time, like the Serbian inventor was. Tesla is more successful, and Nikola has a lot of problems. The most recent rumors say that the company is not going to make any vehicles, and the Badger was one of the promising future electric pickup trucks. Besides the electric motors, the pickup was supposed to use a fuel-cell. Announced outputs were not so realistic, with 906 hp and 980 lb-ft, driving range of 300 miles, which raise to 600 miles with fuel cell. However, Nikola didn’t find any company to use its factories and resources for this project. 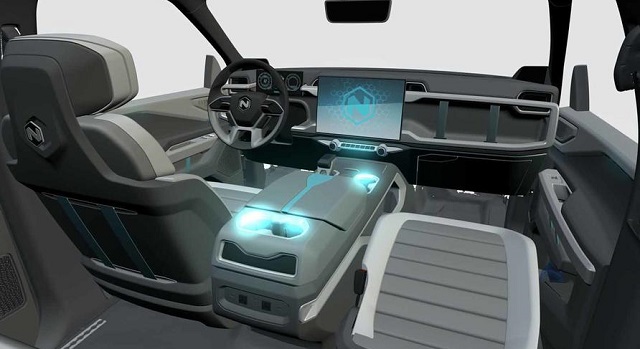 The 2023 Atlis XT could become the most potent electric truck pretty soon. The company speaks of 35,000 pounds of towing capacity, which is equal to dually HD trucks with huge turbodiesel displacements that can reach 1,000 lb-ft of torque. Well, this output comes if you choose the largest and the most expensive version. The base configuration will be rated between 5,000 and 20,000 pounds. Under the body will be 15 inches of ground clearance, which will be enough for some off-road fun. The high-end models will be able to go 500 miles between recharges, while the base one will probably be between 250-300 miles.