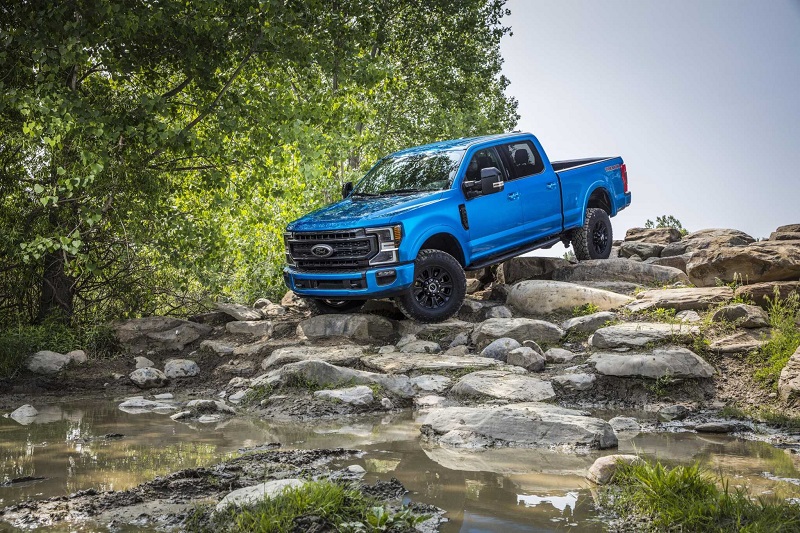 The 2021 Ford F250 Super Duty is the entry-level truck for the HD lineup. The Blue Oval company also offers F350. Experts consider F450 as the heavy-duty truck, and not the medium-duty machine. The Super Duty lineup entered the new generation and all the attention is currently on the legendary F150, which follows footsteps of its bigger siblings. Fans are going to see a lot of similarities, especially in styling. Although some rumors reported that a new V8 engine could join the half-ton lineup, we don’t expect this to happen.

There are a few highlights of the 2021 Ford F250 Super Duty. The first one is a new powerplant. The truckmaker announced a 7.3-liter V8 unit a few years ago and rumors started to warm up about twelve months before the mill debuted. A diesel drivetrain is still the #1 pick with a four-digit torque output and more than 35,000 pounds of towing capacity for F350. The F250 is not going to maximize the potential of the turbodiesel unit.

Of course, the new generation of the heavy-duty lineup brought a fresh styling. Well, this is not a priority for such a vehicle, which gets dirty as soon as it enters the working site, and it happens pretty frequently. Nevertheless, the 2021 Ford Super Duty is designed to provide a bold appearance and enough comfort for long hours. The first impressions show the company did it successfully. 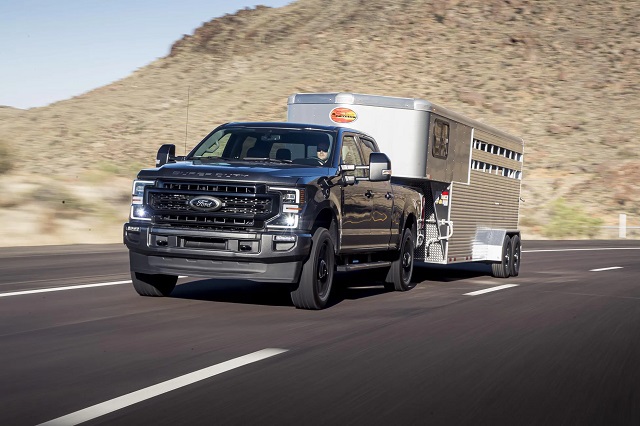 The base model is using a new engine. After a long time, Ford opted for a radical move and put an old V8 petrol unit aside. Well, the truck offered it besides the more popular diesel. Now, engineers are trying to make the gasoline models a more popular choice. Nevertheless, a 7.3-liter V8 motor can’t be as famous as an oil-burner available for the Super Duty lineup.

So, the standard offer still uses a 6.2-liter V8 engine capable of producing 385 hp and 430 lb-ft of torque. The engine will be discontinued soon and one of the proofs is an old, six-pace transmission that is still in use. This unit was a reliable partner to the Ford Super Duty trucks for a long time.

Instead, the truckmaker is presenting a 7.3-liter displacement with 430 hp and 470 lb-ft. Its output is still far away from the one we see from a diesel engine. Nevertheless, these are good numbers. It’s just – Powerstroke set high standards. A 10-speed automatic transmission is replacing the abovementioned case for a smoother ride. The towing capacity remains at 15,000 pounds unless you enhance it with the fifth-wheel system. In this case, it jumps to nearly 20,000 pounds, while a 6.2-liter can do only 15,800 pounds. 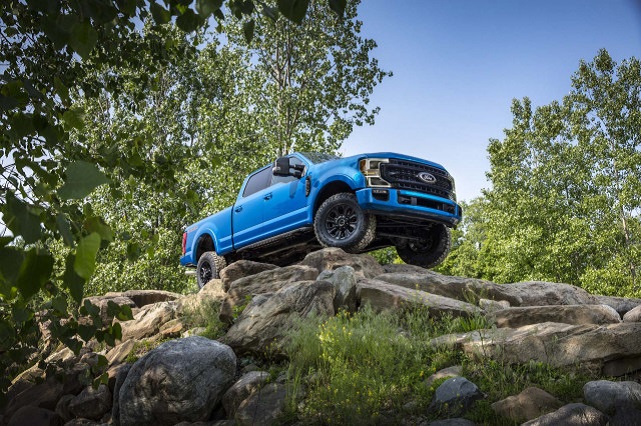 Still, if you want to maximize the potential of your 2021 Ford F250 Super Duty, you will need a diesel engine. The Powerstroke 6.7-liter oil-burner is now producing more than 1,000 pound-feet of torque, which is enough for 18,500 pounds of towing capacity for F250. Dual-rear wheel setup and fifth-wheel package will make its sibling, F350, the most capable towing machine in the segment with 35,000 pounds. The engine also produces 450 hp and sends power to rear wheels through a ten-speed auto transmission. A 4WD is optional for all configurations.

The Blue Oval company is going to stun the market with the Raptor version of the 2021 Ford F250 Super Duty truck. It’s been a rumor for some while, but the first step is made. The Tremor package is here. Fans are not disappointed, but there are a lot of truckers that would like to see the off-road monster – F250 Raptor. It is just a matter of time when it is about to happen. We hope in 2021.

Until then, let’s check out what does the F250 Tremor model can do. This is going to be a rival to the Ram 2500 Power Wagon. First of all, the truck is lifted. Special suspension, shocks, and springs are making the Tremor more capable of off-roading than any other version of F250. There are also superb angles and crawl systems that bring advanced technology to drivers. The good thing about the Tremor package is its availability for a few trim levels, as well as with all engine choices. 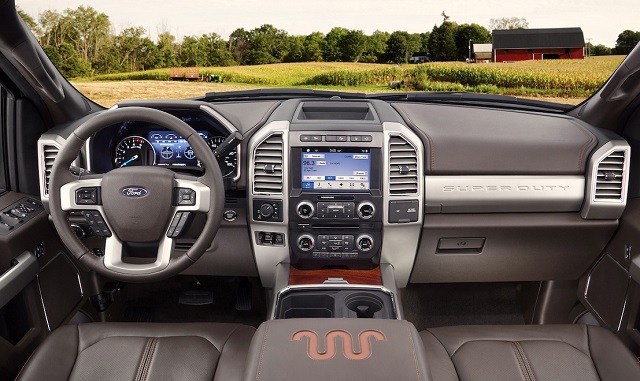 While we are waiting for the Raptor model to stun us all, the 2021 Ford F250 Super Duty is still going to be available in six trim levels. Tremor package is a $3,975 upgrade. There are a lot of other options that can make the truck very expensive. If you are a fan of premium features, then the F250 Limited is the best choice, since it brings some of the latest options from the automotive industry. The hefty price is the thing you won’t like it, which can make you turn to Platinum, King Ranch, or Lariat, and save $20,000-35,000. The starting price for the F250 Super Duty truck is $34,000 and the configuration includes the old V8 petrol engine and Single Cab configuration.